Tying tenure to test scores: not ready for prime time 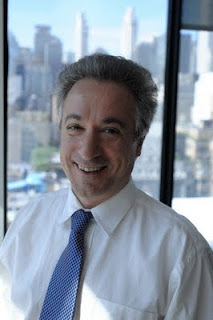 Lots of interesting letters to the Times today, deploring the Mayor's proposal to base tenure decisions on test scores. [see “Mayor to Link Teacher Tenure to Test Scores” ]

In the same vein, Aaron Pallas has a column in Gotham schools, Teacher Education in New York State: A skoolboy’s-Eye View, in which he lucidly explains how the evaluation of teachers based on value-added student test scores is not ready for prime time. Pallas recently appeared on a panel at Teachers College with David Steiner, new NY Commissioner of State Education, (photo to the right), and Merryl Tisch, head of the Board of Regents. (You can see a webcast of this event here.)

In his column, Pallas urges Steiner and Tisch to start working on improving the state exams, which have gotten radically easier over time, before beginning to consider a system that would base decision-making on their results. He also points out how the long-standing practice of having high schools score their own Regents exams is a system ripe for abuse.

As part of the state's "Race to the Top" proposal, Commissioner Steiner recently also proposed that they expand the awarding of teaching degrees -- allowing providers other than institutions of higher learning to offer teacher preparation programs, with the Board of Regents granting Master’s degrees to candidates who "graduate" from these programs.

There is so much lacking in terms of the state's current oversight -- of district spending practices, of cheating, of "credit recovery", of the proper reporting of graduation rates, of whether schools are even providing the minimal services to kids that they are entitled to by law.

Given the awful mess at State Ed which Steiner has not yet begun to clean up, I would hate to see him allow further abuses to occur by deregulating the awarding of teaching degrees -- which could easily make a teaching certificate as meaningless as passing the Regents exam is now.