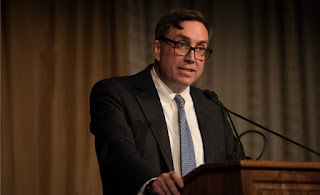 Last week, Bob Hughes, appointed director of the Gates Foundation K12 division in 2016, made his first big move.
He announced $92 million in grants for the new Networks of School Improvement initiative to be given to 19 organizations, collaboratives and districts, out of 532 applications submitted.
New Visions, the NYC-based organization that Hughes ran before coming to the Foundation, received the second largest grant at $14 million – to work with 75 NYC schools, as yet unidentified.
The grant was more than the amount given to the entire Baltimore system of public schools – despite New Visions’ spotty record.
Though Hughes admitted that there’s not much evidence behind the theory of network improvement, he’s determined to push forward nonetheless:
“I don’t think the research base is fully developed, and that’s one reason we’re making these investments,” said Hughes.
Asked by EdWeek reporter Steven Sawchuk how the results of this new initiative would be evaluated,
Hughes replied that “ the foundation is still formulating its research approach.” And:
"We don't have details for you, but we remain deeply committed to a third party evaluation of all our work and transparency about the results of those evaluations so we can enable the field to understand what we do well and what we don't do well," he said.
Yet it appears that The Center for Public Research and Leadership (CPRL) at Columbia Law School has already been chosen by Hughes to evaluate the networks initiative.
As the CPRL website notes, “In January 2018, CPRL received a two and one-half year grant to report on the research underlying the NSI [Networks for School Improvement] initiative and to use the research to design and conduct a formative evaluation of the initiative’s initial implementation.”
(Sure enough, the Gates Foundation lists a grant for $1.9 million over 31 months to be awarded “Columbia University”  to "support evaluation”.)
The first Gates-funded CPRL study was a literature review of network impacts.  The findings were described by Sawchuk this way:
A Gates-commissioned review of the research on the topic from Columbia University's Center for Public Research and Leadership noted that there are more studies on the norms and conditions needed to support healthy networks than on how they affect K-12 outcomes; most of the 34 studies were case studies or qualitative, rather than quasi-experimental designs that sought to answer cause-and-effect questions. 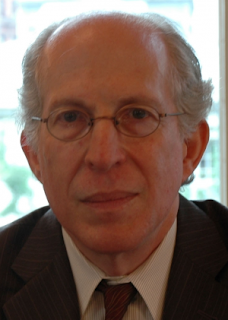 CPRL is headed by Columbia Law professor James Liebman, who was appointed head of the NYC Department of Education’s Accountability Office under Joel Klein, despite the fact that he had no K12 education experience either as a teacher, administrator or researcher.
Liebman made a mess of the School Progress Reports at DOE, instituting  a volatile, unstable system in which school grades wildly veered from year to year.  A blog post by Professor Aaron Pallas in Edweek was memorably entitled, “Could a Monkey Do a Better Job of Predicting Which Schools Show Student Progress in English Skills than the New York City Department of Education?”  Under Liebman’s direction, DOE efforts were statistically inept and I would not trust his ability to undertake a credible  evaluation.
Liebman also commissioned the  expensive ARIS data system, which lived up to none of its promises.  It was rarely used by parents or teachers and was finally ditched in 2015 after costing the city $95 million.
In any case, I hope the Gates Foundation has not decided against commissioning an evaluation from more experienced, credible organization like RAND.
RAND recently released a highly critical analysis of the results of the Gates-funded Teacher Evaluation Initiative and before that, a skeptical evaluation of the Gates-funded NextGeneration Learning Challenge schools, those  that feature  “personalized [online] learning.”
John F. Pane, senior scientist at RAND and the chief author of the latter study frankly pointed out to Ed Week, the evidence base for personalized learning is still "very weak."
Hughes himself doesn’t have the greatest reputation for transparency.  In 2005, he tried to suppress a Gates-funded research study that contained negative findings about the  New Visions Gates-funded small schools initiative in New York City, a study that was subsequently leaked to the NY Times .
In 2007, it was revealed that New Visions threatened these small schools that they would not receive their full Gates grants unless they chose New Visions as their DOE “partnership support network” and paid the organization a fee in return.
"I thought, 'Oh, my God, what a huge conflict of interest,'" a principal said. "We have to join their PSO and pay them for support in order to get this grant that we qualified for?"
Only time will tell, but the hints of insular cronyism in these decisions by Hughes to award grants to New Visions and to Jim Liebman’s outfit do not bode well for the future.
Posted by Leonie Haimson at 9/03/2018 10:05:00 AM