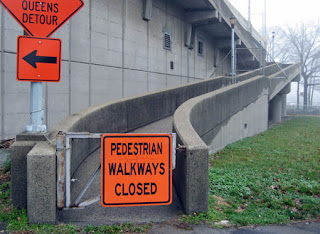 Last year, a bunch of public school parents brought a lawsuit against the city’s deal to lease most of the sports fields on Randall’s to twenty private schools for twenty years.

The plaintiffs won in court, aided by attorneys Norm Siegel and Alan Klinger of Stroock, by showing that the acreage involved should have triggered ULURP, a process of Community Board and City Council review, which the city had refused to pursue. We wrote about the court victory here.

Yet according to a ’ column in today’s Daily News, instead of going through the proper legal channels, the Mayor and the city are still trying to do an end-run around the public – and the law -- by negotiating a new deal with the private schools without going through any sort of formal public review. Instead, they promise a series of “community meetings” to get input.

Why does this sound familiar? Stay tuned.