The Two-Faced Daily News -- Hypocrisy as a Business Model 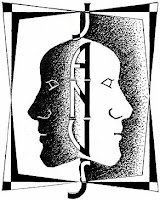 In today’s NY Daily News, Kenneth Lovett's article, “State of Shame: No Laws Passed Without Party Leaders’ Approval in Albany,” offers a scathing (and likely appropriate) critique about the fecklessness and ineffectuality of the NY State Legislature. His commentary opens with the following harsh criticisms:

In a true democracy, legislation becomes law after vigorous debate by well-informed parties who reach agreement for the betterment of the public. In Albany, it’s different. Here, laws — and the state budget — are crafted behind closed doors by small groups of pols who’ve spent quality time with lobbyists and amassed large quantities of campaign checks from powerful interests. With a few rare exceptions, “debate” means nothing because the mere fact a bill makes it to the floor guarantees its passage. Real decisions on what major bills move are made in secret by the leadership of the political party that happens to be in power. The majority parties in both houses control the agenda, and the leaders don’t allow bills to come up for a vote they don’t want passed.

Now, close your mental eyes and read this again, but replace every reference to laws, Albany, and politicians or political parties with school policies, NYC DOE, and Chancellor Klein. Amazingly, the shoe fits perfectly!

So, the same newspaper that today publishes an article headlined "State of Shame" excoriating the NY State Legislature for its undemocratic and secretive behavior sees absolutely no irony (or error) in their non-stop, feverish fawning and slavish shilling for precisely the same sorts of actions and behaviors by Mayor Bloomberg and Chancellor Joel Klein under their current mayoral dictatorship (er-r-r, control) of the city's public schools. The Daily News either has the world's biggest blind spot or they've sold their souls for a Bloomberg billion or two. Whichever the case, the level of cynicism and hypocrisy here is absolutely stunning, simply breathtaking. Sad to see a major metropolitan newspaper fall to its own two-faced "State of Shame," where only one of those faces -- the wrong one -- is apparently able to see itself in the mirror.
Posted by Steve Koss at 3/31/2009 05:08:00 PM

What advice can you all give to parents in Milwaukee who are fighting a mayoral takeover?

Peter: check out our book, NYC schools under Bloomberg and Klein, available for purchase or free download from lulu.com