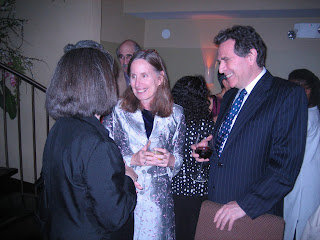 The Skinny Awards were given to Juan Gonzalez, investigative reporter for the Daily News, for holding the city accountable; Norman Siegel, famed attorney, for protecting parent rights; and Council member Robert Jackson, a tireless fighter for our schools.

Photographs of the honorees are below; more are posted on the CSM facebook page.

Diane was ill and had lost her voice, so her remarks were given in absentia by Monica Major, Bronx parent leader and CSM board member.


Dear Friends: I am heartsick that I cannot be with you for tonight’s Skinny Awards.

I was in DC all day yesterday, talking to elected officials and trying to persuade them that No Child Left Behind was a disaster and that 's Race to the Top is making matters worse. By the time I got on a train to come home, I started losing my voice. Today, I have none at all, I can't even whisper.


Class Size Matters is a special organization, on the front lines of fighting for our public schools and a quality education, every day. That’s why I joined its board.

The Skinny Awards are equally special. It is harder to get a Skinny Award than it is to get the Broad award. Only the most valiant and courageous friends of public education are considered as recipients. Only those who are willing to speak Truth to Power are eligible.

These awards recognize valor in the face of overwhelming power. The awards go this year to three people of amazing courage and integrity, each of whom has fearlessly foug 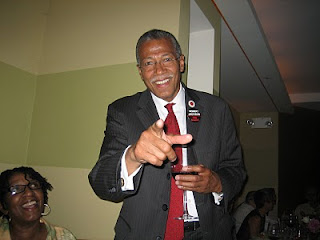 ht against powerful vested interests in this city and state.

Juan Gonzalez, Robert Jackson, and Norman Siegel deserve the thanks of every parent, teacher, and friend of public education in . 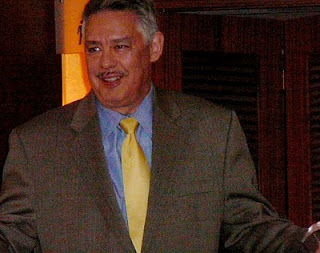 If I were with you, and if I had a voice, I would urge you never to give up.

Continue to fight the good fight, because the stakes are so very high. Support Class Size Matters and do what you can to speak out in defense of public education. The lives of a million children in this city are at stake, and what happens in resonates throughout the nation and around the world.

Like Leonie, I have been getting emails from teachers and parents in and , seeking information about how to resist the model of testing and choice. Other cities are thinking about adopting the model of non-democratic governance.

Whatever the odds, and they are daunting, we can't give up. So much is at stake. Everyone who speaks up, everyone who writes letters to the editor, everyone who supports Class Size Matters and joins our relentless struggle for better schools, everyone who appreciates Patrick Sullivan's independent voice on the PEP, has a part to play. It's not over till it's over.

Some day it will be over, and when it happens we will remember the hard work and tenacity of Juan, Robert, and Norman.

Congratulations to the honorees. May you lead us for many more years, until better times come for our city's schools and students.