Journalistic malpractice at the NY Times 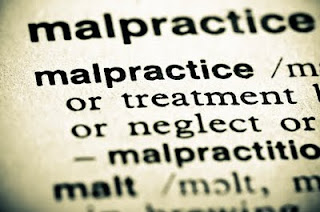 The Sunday Times magazine has posted a blatant piece of propaganda, in the form of one of the most inaccurate and biased articles I have ever seen. It is written by Steve Brill, who did an unfair piece for the New Yorker on the rubber rooms. It seems as though one can make a pretty decent career now in hack journalism, as long as you attack the UFT.
The article blames all our educational problems on the union (as usual); doesn’t mention any of the controversial charter co-locations that are squeezing space from our regular public schools; doesn’t mention any of the myriad charter school financial scandals, or their abuse of student and parent rights; omits any reference to the ongoing (and inexcusable) opposition of the charter school industry to audits, and manages to leave out the fact that it is the hedge fund operators who with their millions of dollars in campaign contributions are driving these policies.

Apart for the sole exception Michael Mulgrew, Brill somehow got around to interviewing only members of the pro-privatization crowd.

Here Brill is parroting Eva Moskowitz, who in the far better NY Magazine article claimed that the children in the other nearby schools “are the same kids we have.”

Really? Twenty percent of the kids at PS 149 are special education students; and 40 percent of these are in self-contained classes, the most severely disabled. Eighty one percent are poor enough to receive free lunch, and 13 percent are English Language Learners. In 2008 (the latest available data) more than 10 percent were homeless.

There are only 2 percent English Language Learners at the charter school; compared to 13 percent at PS 149 --more than six times as many.

HSA claims to have 16.9 percent special education students, compared to 20 percent at PS 149, and even then, few if any of the HSA students are the most severely disabled.

I can't find data on how many students at HSA are homeless, but according to Diane Ravitch, only about 100 of the 50,000 homeless kids in NYC public schools are enrolled in charters.

(UPDATE: I found this overall figure confirmed in this InsideSchools analysis ; as well as a chart showing that HSA had only three homeless students in the 2008-9 school year, less than one percent -- compared to PS 149's 10 percent.)

The Times article also ignores the rampant counseling out of high needs students out at the HSA schools; so common as to be widely reported in the press, including in the New York Magazine article, which included the following statement from a HSA teacher;

At her school alone, the Harlem Success teacher says, at least half a dozen lower-grade children who were eligible for IEPs have been withdrawn this school year. If this account were to reflect a pattern, Moskowitz’s network would be effectively winnowing students before third grade, the year state testing begins. “The easiest and fastest way to improve your test scores,” observes a DoE principal in Brooklyn, “is to get higher-performing students into your school.” And to get the lower-performing students out.
This far superior New York magazine article received over 240 comments, many of them from former teachers and parents at HSA, writing about the overwhelming predominance of test prep and the large number of students pushed out or counseled out of the school.
The fact that Steven Brill and his editors at the Times didn’t attempt to provide any accurate data or a less biased depiction of this issue is not just shocking; it represents journalistic malpractice.
The rapid expansion of charter schools is leading to our public schools becoming more concentrated with high needs students, while taking away valuable funds and space from our public school system, at a time when already their budgets have been slashed to the bone.
Do we need more privatization and more profit making off our students? Should the guys who brought our financial system to the ground also be allowed to undermine our public education system ?