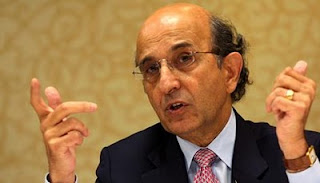 Chancellor Joel Klein came to PS 33 in District 2 on Wednesday night. He told a number of outright lies to the assembled parents, assuming (I suppose) that we didn't know better. This is on top of all the misrepresentations and obfuscations.

- Klein said he "wished we had more resources" for meeting the needs of special education students. Special ed services are also mandated by state law, and it has been well documented, by the Public Advocate's office among others, that under this administration, students with IEPs have not received the services and funds to which they are legally entitled.

- Klein also said that 5000 seats had been added to District 2. Where? The 2004-2009 and 2010-2014 capital plans funded about 7,000 seats, but most of these seats have not yet been built, and many are replacements. By my count there are under a thousand new D2 K-8 seats now in operation, and Manhattan has lost 1,000 high school seats in the last year alone to lapsed leases, but I would welcome a more detailed reckoning by the DOE.

- Furthermore, Klein said repeatedly that charter schools would add seats to District 2. There is no way this is possible. School real estate in D2 is a zero-sum game, as he pointed out himself several times. Every new school that is added within an existing building removes seats to make space for additional administration and duplication of cluster rooms, and every new program that draws students from outside the district (as charters do) bumps out district students.

Unless charters can obtain their own space--which doesn't happen much in NYC--they can only subtract from the number of seats available to district students.

He also kept saying no sites are available in D2 and it is hard to find more, without commenting on the large number of sites put forward by parents (including most of those that have been developed under the last two capital plans). Parents have been pushing hard on various sites and the DOE refuses to put its weight behind these efforts.

It's nice to know that the Chancellor is at least consistent in his mendacity. At the District 15 "meet & greet", for example, the Chancellor claimed 2165 seats were built in our District.

After the meeting, we pressed Tweed to identify them. It then turned out that 1980 of them were for High Schools. Of the remaining 185, ALL were District 75 seats. Thus, the actual number of K-8 seats actually created for District 15 children totaled ZERO.

Meanwhile, the Chancellor also complained that poor SCA couldn't find ANY available Real Estate in Sunset Park or the South Slope even though funds have been allocated for construction of schools in those neighborhoods in the Capital Plan for well over five years.

Yet, as I have repeatedly reminded the Educrats, there are two essentially abandoned Parochial Schools in or in the immediate vicinity of those neighborhoods. We have been told that the Diocese is hesitant to give up the Real Estate but isn't that what Eminent Domain is for?
_________
Jim Devor

Technically, Klein is right about charter schools not being for-profit. Charter schools are non-profit corporations run by a board of trustee that can contract with a for-profit company to run their school. Many public schools contract with for-profit companies to provide services, such as food service, transportation, teacher training, security, etc. A management company takes it a step further to actually running the school. The whole idea of charter schools is performance-contracting: the charter is contract that says the school can do things its own way and in exchange it is expected to raise student achievement. Ironically, by banning for-profit management companies, the state has eliminated the very organizations that have the capital for private facilities, which would alleviate the co-location controversies.

Re. adding extra seats, I would check the stats for admissions in district 2 to see if they've increased. Stuyvesant High School, for example, has been ordered to increase the number of students it admits over the past few years, even though the school was already overcrowded.

It may be the Klein is claiming he added new seats, when in fact he is simply overstuffing already existing seats.

If it's true that Stuyvesant has been ordered to offer more seats, that's a problem. The school is already overcrowded.

As chancellor, Klein has done his best to destroy what was working in NYC public schools. A cynic might believe that his method of narrowing the achievement gap is to lower the top.

In our neighborhood (Forest Hills) school performance has dropped dramatically in the decade that he has been in charge. It's long past time to hold this man accountable for the destruction he has wrought.

There are still many places in this city with incompetent teachers and administrators, but now he has ensured "equity" by going after well-performing schools and bringing them down.

One would almost suspect another agenda here: the privatization of public education.

If you scroll down, you will see substantiation of my claim that Klein is increasing the number of students admitted to Stuyvesant.

John Dewey High School in Brooklyn started today to have a morning protest every Friday.
This is the kind of thing we hope to see happening at all the high schools which are being
threatened with closure.