The 47 proposed school closings: it turns your stomach and breaks your heart 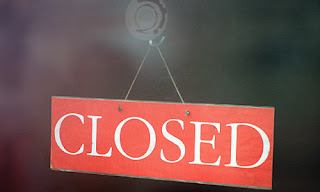 It is appalling to look at the list of 47 schools targeted for possible closure, as well as to think of those already closed in the last few years by this regime.
When you attend a closing "hearing" for one of them as I did for my alma mater, Christopher Columbus H.S., or if you attended the P.E.P. "hearing" at Brooklyn Tech. for 19 at once, and you see every person who works at one of these schools, or attends one, or sends their kid or kids to one, get up and say "don't close this school" and you see the bureaucrats who have unfortunately been given power over this public school system remain unmoved, unpersuaded, acting like they could care less about what the people they are supposed to be serving, or managing, want, or say, or think, it can turn your stomach and break your heart.

When you think of people who have been made temporary custodians of an enormous public school system which is, I believe, in its third century, acting like they have the right to just do away with so many of that system's pillars, with no obligation to maintaining them, it makes your blood boil. People who said "put us in charge and hold us accountable" -- when faced with parts of that system which need some assistance --stand aside with their arms folded saying "tsk, tsk, you're dead meat" rather than rolling up their sleeves and wading in (if they even have the skills to do so) with an all-out effort to bring with them the resources to help lift these schools up. Naturally, the immediate injury is done to those now in those school communities threatened with closure, and then to those who would be coming in after them. But there is a historical component to this as well, and some looking backward is justified.

For example: When I heard that my alma mater (which has been around for 72 years) was threatened, one of the things that crossed my mind was that if that happened, and I was asked in the future what high school I went to, I'd have to say "It doesn't exist any more". I thought that Joel Klein went to Bryant H.S., and I didn't see him talking about closing HIS school. I called Robert Abrams, former NYS Attorney General, for whom I'd worked in that office, because I knew he'd gone to Columbus as well, and told him about the threat. He immediately wanted to know how he might get involved in the situation.

I thought of the school's 50th anniversary celebration, which I'd attended at the Glen Island Casino, where alums came, all dressed up, carrying their senior yearbooks, showing classmates they might not have seen in years their photos and autographs. I learned that yet-to-be-disgraced State Senator Guy Velella was an alum by standing in back of him on the sign-in line. And journalist Robert Scheer. (I already knew about Anna Maria Italiano, who later changed her name to Anne Bancroft).

The 60th, in 1998, was at the school itself, where there was more renewal of acquaintances and the discovery of facts you never knew before.

EVERY LONG-TIME SCHOOL IN THE NYC PUBLIC SCHOOL SYSTEM HAS ITS OWN STORIES LIKE THESE, AND ATTACHMENTS, AND A LIST OF ALUMNI, WHO IF CULTIVATED AND ORGANIZED, COULD POTENTIALLY HELP THE SCHOOL. Shut them down and you are shutting down that history, and that potential.

I heard attorney Norman Siegel say at an education forum after the 19 intended closings were announced last year that he'd gone to New Utrecht, and if they ever tried to close his alma mater, that he'd be in the streets.

This bunch that has unfortunately been put in charge of the old, historic NYC Board of Education (still it's legal name, whatever they claim) has no respect for its history, and its traditions, which, even if there have been failures, have also included enough things to be proud of, to be boasting about, to be trumpeting, from the more than 150 years of its existence. Where is the historical perspective, the pride that should come with having taken over an institution with such a rich history? Is there a NYC public schools museum? An archive? Do they encourage historical research, make records and documents available? Keep them in a central, advertised, accessible place for historians to mine?
Can we organize alums at threatened schools into an effective force to push back against the threats? Can we organize a demonstration at Bryant with the message that we're glad that the school (where Joel Klein went) still exists, and we want all the others to have the same security?

Good point! Joel Klein repeats like a mantra that there are 4,000 kids on waiting lists for charter schools.

But when thousands of parents show up to protest the closings of their children’s schools, Bloomberg and Klein says they are stupid and misinformed.

“If your logic is such that you want your kids to go to a bad school, you need an education," Bloomberg said on his radio show.