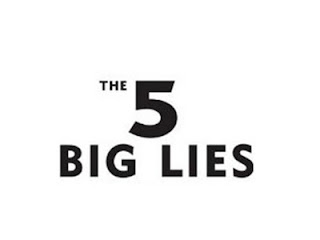 Klein sent a letter to principals, reprinted on Gotham Schools, about the unreliable and invalid teacher data reports, as even his own consultants have said. The letter contains five big lies.

One: that he's doing this for parents, and really cares what we think:

“On one hand, for too long, parents have been left out of the equation…”

Yes, by his administration consistently ignoring their top priorities, like reducing class size, year after year. Instead, under his reign, class sizes have risen at unprecedented rates.

Two: “But this is also about teachers. They take on the hardest work there is, and they deserve our respect. If anyone sees these data as an opportunity to scapegoat public servants, that is a mistake.”

Over and over Klein has scapegoated teachers, and releasing these reports to target them is yet another example of his attempt to do so.

Three: “We’ve made huge strides for our kids over the last eight years. “

Actually, NYC kids have fallen further behind their peers in achievement compared to other large cities during his regime, in nearly every category.

Four and five: “That’s because we’ve been willing to face hard facts. It’s also because we have made kids’ best interests our shared priority. “

Klein has consistently distorted the facts, to promote himself and to make his flawed policies look good. It’s never been about the kids.

See also the Daily News and Post about the letter.

True, but brevity is the soul of wit. Excellent as usual, Leonie.

Do NOT get me started on this one...I am sure us NYC teachers can come up with 10 more big fat lies.

My principal forwarded me (the school's chapter leader) this email with "FYI" in the subject line. She keeps telling me, "I'm with you - principals are next..."

As someone who's pretty new to education, I'm always wondering what people like Paul Vallas, Joel Klein, Bob Bobb and Michelle Rhee are really about. Do they think they're making things better, or does Joel Klein understand what the effects his policies have on the classroom?

I raised this issue with a colleague today who said he thought Klein really thought he was helping. I don't think I agree.

What a joke Klein's utterances are.