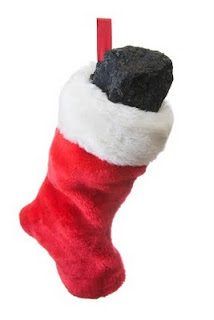 This guest column is by Peter Huidekoper, Jr., a former teacher in Colorado.

The two portly gentlemen have asked for a contribution. Scrooge insists on giving nothing:

"I wish to be left alone," he said. "... I help support the establishments I have mentioned--they cost enough; and those who are badly off must go there." - A Christmas Carol

Sorry to disappoint if you'd like a story of good cheer. But if Dickens could tell a Christmas story with more than a little bitterness and anger, it's okay to follow in his shoes. True, Scrooge finds happiness and becomes a second father to Tiny Tim. This piece ends with another vulnerable child, little Bianca, still waiting for a better school where she is not lost in a large class.

Those who are "badly off must go" to schools and sit in classrooms with 29 other students. "They cost enough." Teachers and parents begging for smaller classes--"We can't afford it." Let's even add more kids! No big deal.

Who would offer such Scrooge-like ideas? Well, if it isn't the two jolly men who must have doled out more wasted money to misguided education "reforms" in 2010 than anyone else in America: Secretary Arne Duncan, delivered sleigh loads of "Race to the Top" grants across the land, and Bill Gates, our nation's most "generous" philanthropist.

Groucho: That's in every contract, that's what you call a sanity clause. Chico: You can't a fool a me ... there ain't no sanity clause. --A Night at the Opera

Last year reformers heralded "The Widget Effect--Our National Failure to Acknowledge and Act on Differences in Teacher Effectiveness." The message: don't view teachers as widgets, as "interchangeable parts"--or as Webster's puts it, "something considered typical or representative, as of a manufacturer's products: the widgets coming off the assembly line." Nice to be told we are individuals, who should not be treated as thingamajigs. The same goes with students.

Let's go to an assembly line, the famous scene in Modern Times where Charlie Chaplin is working in a factory, tightening a pair of bolts as they rush by on the conveyor belt, both hands at work; occasionally he falls behind because of an underarm itch, or a bee flying by his twitching nose.

Upstairs the boss of Electro Steel Corp takes a break from the funny papers long enough to bark out to his minion: "Section 5, speed her up!" We laugh as the tramp snaps his wrists faster and faster to match the rising tempo of the conveyor belt, and then, as he chases after some bolts he failed to tighten. Another shout from the Voice on High: "Section 5, give it the limit!" Soon it's too much. Charlie jumps on that belt and gets swallowed up inside the machinery and the gears.

In asking us to think anew amidst our tighter education budgets, what does our Secretary of Education say?

Good, no more factory model. Then what in the world is he doing from his sleek office upstairs barking-OK, in Duncan's case, recommending--bigger classes? More Speed! Give it the limit!

"Parents, like myself, understandably like smaller classes. We would like to have small classes for everyone‐‐and it is good news that the size of classes in the U.S. has steadily shrunk for decades. But in secondary schools, districts may be able to save money without hurting students, while allowing modest but smartly targeted increases in class size...."

More students! You can work harder, right? Those of you teaching grades 7-12, with five classes of 25, surely you know your 125 students well, right? Of course you can build strong relationships with each and every one of them, yes? But hey, challenge yourself, don't be a wimp, here's another three or four in each class, you don't have a problem with 29 do you?--ju 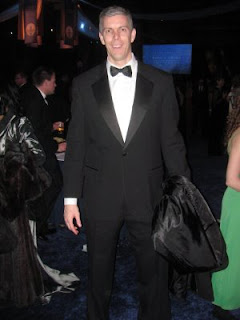 Darn! I KNEW there was something wrong with me! I am not volunteering to have bigger classes so that I can have more 14-year-olds whose voices will not be heard in our 50-minute class, so that I can have more paragraphs and essays to read and correct. What's WRONG with us that we who don't ask for an even broader "distribution of students and skill levels"--as if we don't already have a huge range in our rooms already with 21-24 students. And guess what--this is how, Duncan claims, we "elevate the teaching profession"!

"Your predecessors ... could push reforms with big price tags. Schools hired new staff, added more specialists, and reduced class sizes. We went from one adult for every 19 students to one adult for every 8 students. I don't question the good intentions behind it, but these have been costly changes, and they have not led to better student achievement.... Great teachers are a precious natural resource. But we have to figure out how to make them a renewable, expandable resource." 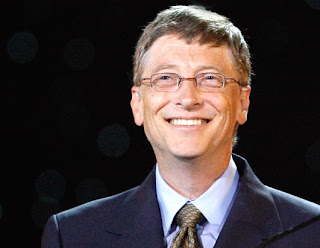 So that's what we are: "a renewable, expandable resource"? I guess it's better than being seen as a widget-- or as a member of an assembly line. And yet a teacher has only so many resources, and so much time. Gates continued:

"Conservative estimates suggest that we can save more than $10,000 per classroom by increasing class size by just four pupils. If we pay some of that money to our best teachers for taking in more students, we accomplish three goals at once - we save money, we get more students in classrooms with highly effective teachers, and we give our best teachers a real raise, not just for being good, but for taking on more work."

Pay me to teach more students? No thanks. We compromise enough as it is. We have our standards too.

Unfortunately, these two men have outsize influence. Already others have chimed in. Rick Hess of the American Enterprise Institute, the National Council on Teacher Quality, and the Thomas B. Fordham Institute--all gleefully singing the same tune, all seemingly eager for budget cuts and increased class sizes across the land. So a lump of coal in your Christmas stockings, Secretary Duncan, Bill Gates, and these others.

Here is my protest for advocating an idea that most teachers, parents, and researchers can only call foolish and unjust.

Teaching has been 18 years of my life and so, yes, this is personal. To have over a hundred students in Vermont was "easy" compared to fellow English teachers here in Colorado today, where many have 150 students- 5 x 30--in their classes.

And yet I found a hundred students too much. It was one reason behind my move from a public school to a private school (no more than 65 students) in the '80's. It was a reason many of us supported one of the key principles of the Coalition of Essential Schools--developed by Ted Sizer, a former teacher and headmaster at Andover Academy, a man who knew understood classrooms and teacher-student relations as well as anyone:

Personalization: Teaching and learning should be personalized to the maximum feasible extent. Efforts should be directed toward a goal that no teacher have direct responsibility for more than 80 students in the high school and middle school and no more than 20 in the elementary school.

It was a reason that when I returned to teach this past decade, I was only willing to work in schools (including two charter schools) where the teacher-student ratio enabled me to feel I could be effective. And it was one factor in my not going back to the public school where I taught last spring.

Rather than listen further to the faux Wise Men who come bearing bad ideas on how to make schools more productive and efficient, listen to a teacher. I asked my cousin, in Florida, who started teaching last year at 61, after a successful career in computers, about the 2002 state amendment that lowered class size: 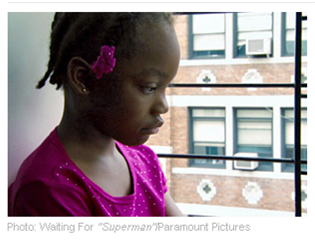 lationship with all of my students."

Now let's hear from a student, seven year old Bianca, one of the New York City children in the film Waiting for Superman, eager to find a better alternative to the public school she attends.

According to a recent story in Parade magazine, Bianca is still waiting:

"We have 30 kids in my class and one teacher," the Harlem second grader says softly. "She doesn't have time for each of us."

Al Franken The Most Important Free Speech Issue of Our Time

Why Kate May Or May Not Become 'Princess Catherine'

PHOTOS: Rare Lunar Eclipse Seen From Around The World

Sinéad O'Connor
Some Burning Questions for the Pope

Al Franken
The Most Important Free Speech Issue of Our Time

Sen. Kirsten Gillibrand
Momentum Building Toward a Christmas Miracle for Our 9/11 Heroes

Larry Flynt
Why I Am Donating $50,000 to WikiLeaks’ Defense Fund