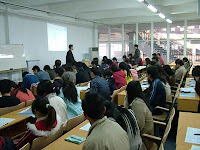 In the past dozen years, undergraduate college enrollment in China increased some 800% to over six million students. What might on its face seem like a triumph of educational progress has turned into a national nightmare, with countless thousands of those freshly minted college graduates now either going unemployed or having to settle for demeaning blue-collar positions.

In their online “Room for Debate” feature, the New York Times invited four experts to address the question, “What Is a College Degree Worth in China?” Qiang Zha, from York University in Toronto, argues rather unconvincingly that it is a supply side problem, that too many of those new graduates are majoring in unemployable “soft” disciplines instead of science, engineering, or technology. Yasheng Huang, on the other hand, sees the issue as a demand side problem in which too many Chinese companies are simply order-taking manufacturers who do not want or need knowledge workers. Gordon Chang, who ten years ago published his specious, still-unfulfilled doomsday predictions under the attention-grabbing, book-selling title, The Coming Collapse of China, says little but continues his persistently negative take on all things China.

Of the three, Huang comes closest to recognizing that China’s inability to absorb its growing college-educated population is, paradoxically, a byproduct of that same primary-through-post-secondary education system, since it does not produce graduates with the creative vision or risk-taking orientation to generate the kinds of industrial and service companies that need and employ large numbers of knowledge workers.

The fourth and most intriguing piece for its relevance to the American education reform movement comes from Michigan State professor Yong Zhao. He argues both convincingly and correctly that the root cause of China’s advanced education problem is that the entire system is examination-driven. Zhao describes the gaokao, China’s college entrance exam, as “the ‘baton’ that conducts the whole education orchestra,” whose impact is that “from a very young age, children are relieved of any other burden or deprived of opportunity to do anything else so they can focus on getting good scores.” The result? According to Zhao, “Chinese college graduates often have high scores but low ability.”

I can confidently second these observations from my own experiences teaching in China at the high school and college levels. Even stronger substantiation came from conversations I had there with Western factory executives. They consistently described Chinese graduates as “book smart” but incapable of recognizing problems or knowing how to take the initiative to solve them. They told me about reading hundreds of resumes and interviewing dozens of applicants just to get one or two candidates they considered even marginal, then having to handhold them for months on end to educate them in their own fields of study about the world beyond their textbooks. As one factory manager told me about his white collar staff, “They are good, hard, committed workers once you show them what you expect them to do, but they stay within the lines you draw for them. I really don’t expect much in the way of initiative or originality.”

All this is relevant to the United States because the current NCLB-driven movement toward standardized exam scores as the end of, rather than the means toward, education is pushing America in the direction of China’s centuries-old, rote-memorization-and-regurgitation system. As Yong Zhao has so effectively pointed out in his book, Catching Up or Leading the Way: American Education in the Age of Globalization, China is now seeking to move away from the very system that America is rushing heedlessly toward under the guise of education reform.

Zhao’s and Huang’s contributions to the Times’ “Room for Debate” posting are well worth reading; Zha’s and Chang’s much less so. An even more valuable – make that essential -- read is Professor Zhao’s book.