Where in the World is Chancellor Black? 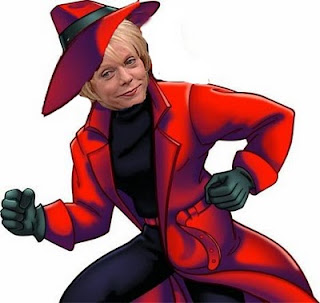 The news blackout on our new chancellor continues into its third week. Education beat reporters are starting to get testy as they chased rumors of Cathie Black appearances around town. Here's Beth Fertig's non-coverage from WNYC:

Outgoing Schools Chancellor Joel Klein allowed reporters to follow him on visits to schools when he first took office in 2002. His schedule was also routinely released by the Department of Education.

But the department has been unusually secretive about Black's schedule. She has not granted any interviews to the media since Mayor Michael Bloomberg announced her appointment on November 9th. She answered a few questions at a press conference that day and then made a brief comment to New York Post columnist Cindy Adams about how her appointment came out of left field.

On Wednesday, education reporters at several city news organizations, including NY1, asked Black to make her schedule public in a letter which reads:

"Our position is that Ms. Black's school visits are a matter of public record. We believe that having honest conversations with parents and teachers, and publicly sharing where the new chancellor is visiting or who she is speaking with before those conversations take place, are not mutually exclusive."

Even the Times piled on, with a mock contest to guess Black's location. They also ran this ridiculous explanation from the DOE press office:

“Part of being chancellor is visiting schools and talking with principals, teachers and parents openly and candidly about what is happening in their school community,” Ms. Ravitz said. “Having TV cameras and reporters over your shoulder is often not conducive to such an open exchange.”

Sure, as if an open conversation with a Deputy Mayor and half the press office listening in was even remotely possible.