Report from the Council hearing on PCBs 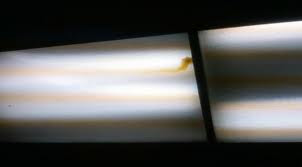 There was a joint hearing of the Council Education and Environmental Committees today which considered the issue of how to deal with the PCB-containing overhead fluorescent light fixtures which are still present in approximately 800 public schools buildings. Many of those fixtures are leaking PCBs.


The DOE has proposed replacing them on a ten-year timetable, while forty Council members have signed onto a demand that it be done in two years, and the US EPA has just weighed in that it should be done in "at most five years", a compromise which Christine Quinn seemed ready to embrace.

Without going into all of the fine points and nuances, I just wanted to relate what was probably the most dramatic juxtaposition of the several-hours-long hearing.

The first panel consisted of DOE personnel, led by Deputy Chancellor Kathleen Grimm, along with personnel of the School Construction Authority, Health Dep't., and Dep't of Citywide Administrative Services. Led by Grimm, they said repeatedly that it couldn't be done in less than 10 years and that children and adults spending their days in those buildings during the time it took to finish the replacements were not at any risk to their long-term health.

Later a panel of doctors, scientists, and occupational health and safety professionals testified. All of them said that PCB exposure is something which presents immediate health risks, not only for developing children but also for pregnant or potentially pregnant adults. And that unstable PCBs should be removed from the buildings, or the people should be removed from the exposure to them, a.s.a.p.

The message from the 2 panels was so diametrically opposite that one council member said that after listening to both he felt as if he'd been on 2 different planets.

Just stumbled upon your blog