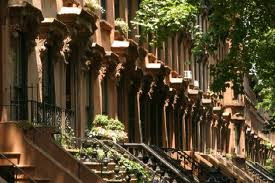 Our March 23rd meeting marked the end of the Panel for Educational Policy’s winter residence at Brooklyn Tech HS in Fort Greene. The bulk of the agenda was devoted to co-location of charter schools in Board of Ed facilities:

After last year’s vote to expand Girls Prep middle school in M088 was found to be unlawful by State Education Commissioner Steiner, the DOE found space being vacated by the closing Ross Global Academy Charter School. This solution and was supported by CEC in District 1. The resolution passed unanimously.

This was a difficult vote for me as the after-school program creating the charter, East Harlem Tutorial, is well regarded in the community. Unfortunately, there was no communication with parents in the affected building and the public hearing was held only 24 hours before the PEP vote. I found the treatment of the affected schools to simply unacceptable and moved to table the motion until the community could be heard. A number of significant issues were raised but not addressed, including the fact that the building already is overcrowded with three schools causing one school, Central Park East to have to forgo access to the gym. The motion to table was opposed by the PEP’s mayoral bloc. The co-location vote passed with seven yes votes (mayoral bloc + Staten Island) vs. four no votes or abstentions.

In one of the most bizarre exchanges I've had on the Panel, I first asked Deputy Chancellor Marc Sternberg why we would hold the public hearing on the co-location of East Harlem Scholars Charter School only 24 hours before the PEP meeting when the law requires the Panel and public to be provided with summarized comments 24 hours before we vote. Sternberg asked DOE Counsel Mike Best to provide a legal interpretation in response to my question. Best explained how the letter of the law only requires the hearing to be held before we vote. Following Best's response, I then asked Chancellor Black if she thought it was appropriate for the public hearing to be held immediately before the Panel vote, without providing reasonable time for the Panel members to assess the commentary. Before she could respond, General Counsel Best began to respond on her behalf. I interrupted him explaining that my question was directed to the chancellor. I then heard PEP Chair Tino Hernandez say "you are out of order". I, of course, assumed it was Best who was out of order as I had been granted the floor and had directed my question to the Chancellor. But no, Chairman Hernandez declared me out of order for interrupting Best. Apparently the PEP chairman expects DOE staffers to respond in place of the chancellor and grants them implicit parliamentary privilege to do so. The chancellor waited for Best to finish his remarks to me and then answered my question.

A new school is being constructed for the KIPP High School in the Bronx by the Robin Hood Foundation. While the facility is being built, KIPP has requested space in a Board of Education facility; Manhattan school M195, which currently houses two other schools. The DOE’s Educational Impact Statement estimated that building utilization in M195 will rise to 113-120% due to the KIPP placement. The KIPP chain of charter schools is well-funded by both public and private sources. A recent study showed KIPP schools receive $5,760 additional per student in private funding. The Independent Budget Office demonstrated that charters housed in Board of Ed facilities receive more funding per student than public schools. Given the extensive funding available to KIPP, I asked Deputy Chancellor Sternberg if any of their funders could provide temporary space for KIPP, especially Robin Hood who is building the school. He admitted no one had pursued this option.

The six members present from the mayoral bloc were supported by the Bronx and Staten Island representatives in passing the proposal. Opposed or Abstain: Manhattan, Brooklyn and Queens.

Co-location/Expansion of Promise Academy I and II in Choir Academy of Harlem Building.

The Choir Academy of Harlem School has made a strong recovery in recent years and was removed from the list of schools slated for closure by DOE. Specific grades of Promise Academy I and II Charter Schools are being co-located in the Choir Academy building while a new facility is constructed for the Promise Academies. Utilization in the Choir Academy building will rise to 96-108% according to DOE estimates. I opposed the co-location on the grounds that a vulnerable school was being forced into an overcrowded situation simply to provide temporary swing space for well funded charter schools. Moreover, DOE could not satisfactorily explain why Promise Academy II was being rewarded with additional space when DOE’s own accountability system had rated the school a “C” on DOE Progress Reports, including a failing grade of “F” in the progress dimension.

The proposal passed with support from the mayoral bloc plus Staten Island. The four remaining boroughs opposed the measure or abstained.

The PEP will be touring the boroughs for the next few months. I’d like to thank the Fort Greene community, especially Brooklyn Tech HS and the Community Education Council for District 13 for hosting us this winter. I would also like to personally thank the staff at Mullane’s Bar and Grill of Fort Greene for their hospitality.

I'll bet Mullane's looked pretty good after having to deal with that bunch of clowns.

Why is anyone surprised? This has been the agenda of the education mayor and his rich buddies all along.He only cares about making a profit for his rich friends and cares nothing or knows nothing about public schools.