Chancellor Walcott Out of Order on Transportation Safety at January PEP 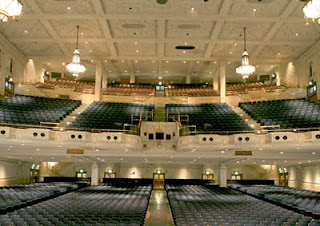 Queens representative Dmytro Fedkowskyj introduced a resolution recommending the Chancellor consider an approach to granting transportation variances based on a joint committee comprised of parent and DOE representatives.
The approach, called Safety Hazard Advisory Review Program (S.H.A.R.P), was developed by CEC 31 on Staten Island. All five borough president appointees supported the resolution which would not be binding but would simply require the Chancellor to consider the approach.
PEP Chair Hernandez recognized me to to speak in support of the resolution. I mentioned several cases in recent years where children were killed while commuting to school. The most recent was a middle school student killed crossing Delancey Street in Manhattan. Before I could finish, Chancellor Walcott interrupted me, asserted that I was accusing the DOE of killing children and began to lecture me. I responded that the chair had recognized me to speak, not him, and he was not only out of order but rude to interrupt me.
Eventually he relented and I was able to continue. I explained that I was not accusing the DOE but rather simply trying to relate why this issue is so important to parents. Apparently in the Chancellor’s view mayoral control of education extends to deciding even how parents can feel about the most important issues affecting our children. As the State Legislature acted to strip the Chancellor of both voting power and the the role of chairing the PEP, Chancellor Walcott ought to show respect to the parent members of the Panel as well as conduct himself with appropriate decorum.
The DOE staff offered a variety of reasons why the resolution should be rejected. One absurd reason was they could not verify the variance statistics Dmytro included in the resolution. The DOE took four months to provide the data after Michael Reilly of CEC31 requested it via FOIL in mid September so they had ample time to ensure it was accurate. With the mayoral bloc promising to vote down his resolution, Dmytro tabled it in exchange for a promise from the Chancellor to work on addressing the Queens / Staten Island requests.
Posted by Patrick J. Sullivan at 1/22/2012 09:35:00 PM

I appreciate the initiative S.H.A.R.P. made.