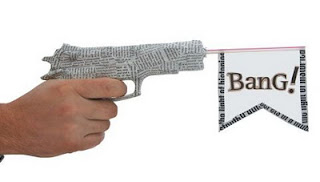 Today, a pro-charter school organization launched in New York called NY-CAN, and announced they will be advocating for a version of the so-called "Parent Trigger" legislation to be passed in New York State.  The organization is headed by Christina Grant, former deputy director of NYC Department of Education's Office of Charter Schools.

The Parent Trigger law was first passed in California in 2010, the creation of by an astroturf group based in Los Angeles called the Parent Revolution.  Since then, model legislation based on the Parent Trigger has been written and promoted by ALEC, the shadowy organization backed by the Koch brothers that has a radical right-wing agenda.

In California, the Parent Trigger law was first tried at a Compton CA elementary school  in 2010. The efforts of the Parent Revolution to turn the school into a charter failed, because some of the signatures on their petitions were not dated and many parents said that they had been misled about what the petitions called for. So far, the Parent Trigger has never been used in California or in any other state, which makes it unclear as to why the NY State Legislature would want to approve similar legislation here.

According to Leonie Haimson, Executive Director of Class Size Matters and a public school parent in NYC, "The Parent Trigger was devised as an underhanded trick by the charter lobby to manipulate parents into letting them privatize more public schools.  The fact that it has aroused huge controversy and has so far failed to achieve any results in California is one more reason legislators should be wary of passing it here in New York State. Parents want to be involved from the ground up in devising positive reforms to improve their children's schools, like class size reduction or offering a more well-rounded curriculum.  They do not want their schools either closed, converted into charters or half their staff fired."
Caroline Grannan, one of the founders of Parents Across America, adds: "Here in California, the Parent Trigger has never been  used successfully in any school, and the organization behind it, Parent Revolution, has admitted that they "made mistakes"  and say that they are now organizing parents to advocate on whatever school improvement issues that concern them. The Parent Trigger is not real parent empowerment, but the attempt of wealthy edu-entrepreneurs to take advantage of parents for their own narrow ends."