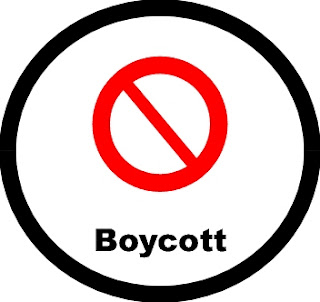 The Community Education Council in District 20 in Brooklyn called a special meeting and unanimously passed a resolution in support of the boycott of the field tests.  Here are articles about this growing movement: GothamSchools, WSJ, SchoolBook. Bravo!

Resolution:  In Support of Parents Boycott of Stand-Alone Field Tests

WHEREAS, our children have just spent six days in April taking New York State standardized tests in English and Math, which was nearly double the time compared to last year, and

Whereas, this April's exams included up to 30% field test questions, which were embedded to try out for future tests and do not count in children's scores; however, they make the tests substantially longer, so that most children spent up to nine hours testing and children with IEPs up to eighteen hours testing over the six day period, and

Whereas, Pearson Publishing and NYSED [NY State Education Department] have not asked parents' permission to utilize our children as research subjects for Pearson's financial benefit as a for-profit company, and

Whereas, eighth grade students will be preparing for Regents exams in June and will be losing valuable instructional time to stand-alone field tests.

Therefore, be it resolved, that Community Education Council District 20 finds it unacceptable that even more valuable classroom time be allocated to the administering of test questions and

Further resolved, that Community Education Council District 20 supports the parents' boycott of the field tests, as there are no negative consequences for our schools or our children if they do not take these stand-alone tests.

This is a good start.

The NYSED and NYC DOE must not be allowed to take any more instructional time away from our kids. 6 days of tests plus who knows how many preparing for the tests instead of learning are not right.

Involuntary servitude has been illegal in this country since 1865. Unless I missed something, the Constitution still applies to and should protect our children. If Pearson, the State Education Dept. and Bloomberg-Walcott want to field test questions, they should solicit volunteers for the field tests, administer them when school is not in session and compensate the test subjects for their time.

Good for them!!! All standardized tests should be boycotted!!!

NYC and the feds lack a truly coherent educational policy that is not political in nature that is feeding the notion that a fragnented educational system for sale such as charter schools, which drain money from the public school system, is good and endless testing rather than good teaching is good. What the feds and state and city are doing is creating a punitive educational system based on 'testing' rather than learning. NYC doe needs to be dismantled for starters so educationally policy can focus on student need not bureaucratc, political an no bid contract need.
We need to reward young people for creativity in science and the arts as well as reward our scientists and like we do sports stars and stockbrokers. we can separate educational outcome from our social values.
The use of testing to the point of pointlessness cannot substitute for a lack of respect for intellectual achievement and the perception that education is vocational training.
Over tesing teaches children that the intellectual process is a black and white answer and a multiple choice test. Test taking is an art which some students are very good at and some students are not.

Simply you could just as well teach children how to be a good test taker, which may or may not have anything to do with education.