The Pineapple Question And Confucian Wisdom 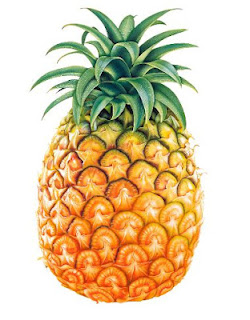 The following is by Marc Epstein, teacher at Jamaica High School:
We might be coming to the end of a dynastic cycle.  This thought occurred to me when newspaper articles reported that the New York State Department of Education wanted to eliminate the mandatory Global History and Geography Regents exam and make it optional rather than a requirement for a diploma.
That would also mean that I won’t be teaching the “dynastic cycle” to as many students, which is a pity, since understanding why governments come and go and how they function is essential for ensuring an informed citizenry.
It seems the failure rates on the test are too high.  But the actual reason for the high failure rate is that large numbers of high school sophomores read and comprehend below a 6th grade reading level.  The test is really a fairly easy measure of reading comprehension.
The exam is the canary in the coal miner’s helmet.  Fail this exam the first time around, and it’s almost a guarantee that you won’t graduate on time or at all.
For the state education commissioner to represent this test as too high a hurdle contradicts Albany’s claims that its goal is to phase in higher standards.
The justification for making the test optional is attributed to a desire to open alternative pathways to graduation.
The return to differentiated diplomas is long overdue, but only a cynic would suggest that opportunities await those who can neither read nor write.
Perhaps it’s no coincidence that the taxi commission in New York City decided to waive the English language proficiency test for livery drivers for the next four years.  After all who needs English in New York if a GPS can tell the driver where to go in over one hundred languages?
The foreign language Regents exams have already been eliminated, rendering language teachers superfluous luxuries during hard budget times.
Recalibration of state test scores and soaring remediation rates at community colleges in New York have made increased graduation rates and claims of improved student performance hollow rhetoric.
The response of the Department of Education to the incoherent Pineapple reading questions, along with flawed math questions that have subsequently been discovered in the latest round of statewide examinations, was only a deep sense of regret that reporters were able to gain access to the questions and the answers.
Even as more invalid questions surface, education officials maintain the validity of the testing process in spite of the errors. It’s apparent to anyone who questions the process that the State Department of Education is run by the Wizard of Oz.   Just pull the curtain away and all you have is a little old man who is only capable or accepting packages of tests from the Pearson Company.
All the bluster about reform, raising standards, and holding teachers accountable reminds me of Ralph Waldo Emerson’s aphorism; “The louder he talked of his honor, the faster we counted our spoons.” 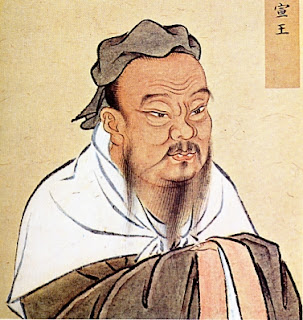 When we teach China’s past in 9th grade Global History our main focus is on the Dynastic Cycle. The fall of a decadent and dysfunctional dynasty was followed by the emergence of a new vibrant one. Roads were repaired, flood control worked once again, defenses repelled invasions, and taxes were collected.
At the heart of these reforms was the bureaucracy, which examined and promoted officials on the basis of a competitive test system that admitted the most qualified to government service.
This paradigm held the rational belief that words and meaning must be in accordance with one another. If Confucius were to examine the current debate on raising standards, I’d venture a guess that he would tell us that before meaningful reform can occur language must be made correct.
“If language is not correct, then what is said is not what is meant; if what is said is not what is meant, then what must be done remains undone…” -- Confucius  The Analects, Book 13
Posted by Leonie Haimson at 5/13/2012 05:41:00 PM

They abandoned the test because it hurts their graduation rates. So, actually, the city and state ed people LOWER standards whenever ANY standard(s) hurt their image. They only RAISE standards and requirements when they can blame and destroy teachers. No one else is accountable here, EXCEPT teachers.

Great world they're living in, eh? Kind of like a master/slave relationship.