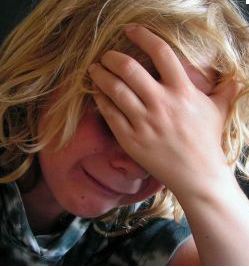 Over the course of two weeks, 8000 parents across the state responded to a survey developed by New York principals regarding their children’s experiences with the recent state 3-8 Assessments in ELA and mathematics.  The parent survey was conducted by www.newyorkprincipals.org   The purpose of the survey was to find out more about the effects of these exams.
Teachers and principals of 3-8 students were also surveyed. 6,641 teachers responded and 792 principals responded. Both groups expressed serious concerns and frustrations with the state testing program.
Parents who responded expressed serious concerns regarding the impact that these tests have had on their children and their learning:
·           75% reported their child was more anxious in the month before the test
·           Nearly 80% reported that test prep prevented their child from engaging in meaningful school activities.
·           87% reported that the current amount of time devoted to standardized tests is not a good use of their child’s school time.
·           95% were opposed to increasing the number and length of tests
·           91% were opposed to standardized tests for K-2
·           65% reported that too much time is devoted to test prep
·           70% reported that the increased emphasis on high stakes testing has had a negative impact on their child’s school

In addition to responses to questions, about 4000 of the respondents left comments and short anecdotes revealing the following effects on their children:
·           Physical symptoms caused by test anxiety, including tics, asthma attacks, acid reflux, vomiting;
·           Sleep disruption, crying;
·           Refusal to go to school;
·           Feelings of failure, increasing as the tests progressed’
·           Complaints of severe boredom and restlessness from students who finished early and were required to sit still for the full 90 minutes of each test.

Here are some excerpts:

My daughter, an average student who loves school, dissolved into an emotional disaster during the 2 weeks of tests. She didn't sleep, cried, had tantrums, and was extremely nauseous on a daily basis. She had to be excused from the testing setting twice to go to the nurse because she felt she would vomit. Just to be clear, she has *never* demonstrated test anxiety or these behaviors despite regular rigorous district assessments and grade level unit tests/quizzes throughout grades 1-2. Get rid of these tests!

My child's teacher reported that on the second day of the math assessment (the 5th day of testing) my child had a breakdown.  With his head in his hands he melted down over a question he was unable to answer.  This is a solid math student who received a perfect score on his 3rd grade math assessment and a solid 4 on the 4th grade math assessment.  If he was stressed out, imagine how all of the other students felt who aren't as competent in mathematics.  No 8-11 years old should be put through this kind of testing, especially when the results cannot even be used to inform instruction, as the questions are under lock and key!!

My child complains of the physical, mental and emotional exhaustion from the NYS tests and has admitted that toward the end is not putting in a complete focused effort because of the stress and exhaustion.  As a parent I do not see what benefit the testing has for anyone (faculty, students, families) and it does not necessarily capture the true ability of the child.

The first day of the test she cried while dressing because she wasn't sure if she should wear sandals or sneakers to be more comfortable.  That day after school she noted that she was not allowed to go to the bathroom because she was told that the people from the state said it was illegal.  She proceeded to wet her pants.  …   My child also noted that several children were crying after the test because they didn't know all the answers.  …  The decision of the state education department to increase the number and length of exams for young learners demonstrates that they are exactly the type of educators who should be stripped of their professional responsibilities, as their actions do not improve student learning and are not in the best interest of the social and emotional well-being of our children.

I woke up on the Sunday before the test to find my 3rd grade daughter pensive and quiet. When I finally got her to tell me what was bothering her, she burst into tears about her fear of failing the test. She is a great student. This should not be. On Tuesday night, she woke up crying from a nightmare. She had a nightmare that she failed the test.

In order to prepare for taking ELA tests, my daughter's teachers now instruct the students to blindly "restate the question" even when the question being asked is incapable of being restated in a cogent sentence.  It has turned her essay writing into a mindless formulaic way of writing that doesn't promote independent thinking.  Instead, the "restate the question" then fill in the blank does little to encourage critical thinking and writing.

I can't tell you how many times a long, long, long homework session of reviewing test prep materials ended in tears.

2 quotes from my fifth grade daughter, "They won't even let you read a book when you've finished the test, I sat there with my head down for 45 minutes, that's stupid!"  "That was a total waste of 100 minutes of my time!"

My son is so anxious about these tests that he is up at night with a headache and crying. He is 13 years old....We have actually had to cancel after school guitar lessons that he loves because he is so overwhelmed with TESTS.....They need to stop. My son is a straight A students who has dreams and goals for his life. He does not need one test to dictate his future for him or his teachers.

My child becomes anxious, withdrawn and usually develops a cold sore prior to tests.

Last night's comment by my son, Max, who is in fifth grade:  "I feel too much pressure to do well on the ELA test. I have to do well to show that I know what I am supposed to know. I also have to do really well for my teachers. I really like and respect my reading and writing teachers. If all of their students don't do well, they'll get bad grades. I don't want to be responsible for making my teachers fail!"

The first week in third grade was an awful experience for my son. His teacher began the school year discussing the importance of the state test. My son came home panicked. His anxiety became extreme, to the point of hiding before school. We decided to send him to a therapist….the therapist told me that he has seen a dramatic increase of school phobias since the high stake testing began! Please let kids be kids!

This year the school science fair at my kids' school had to be cancelled when NYS changed the testing schedule. The fair conflicted with state testing dates. I thought we wanted to foster an interest I science and math among American children, not taking standardized tests!

My eight -year old son has started to wet the bed several times per week in the last month and a half.  Ironically, that's exactly correlated to when his class started heavily preparing for the state exams.  All he talks about when we question him about school are the state exams, and he even said he was nervous about them.  …  If these 90 minute exams continue, I will keep my child out of school on test days because I don't want him to go through this stress again and wet his bed just so the state can evaluate his teacher.

It seems that in recent years the entire focus of the school year, regardless of the grade level, is preparation for the all-important State test….  The increased focus on the importance of these tests is very stressful for my entire family. Substantive subjects take a back seat to preparing for the test. One of my kids has struggled in reading and this test is not an accurate assessment of his improvement, ability or confidence. Nor is it an accurate assessment of the quality of his teachers. And the worst part is, the results are meaningless.  A better means of evaluating teacher skill, performance and success is needed. The present way is too stressful and unfair to the children. How a student performs on this standardized test is not a TRUE evaluation of the skill of his or her teacher; it’s an evaluation of how well they take the test.  There has to be a better way.
Posted by Leonie Haimson at 5/15/2012 10:07:00 PM

Very sad.The worse part is it is true.The effect on children,teachers,administrators, parents,schools and education by this high stakes testing is abominable and ruining our children's right to learn and to prepare for the future.How can a whole year of school be judged by a few weeks of ridiculous testing.Nothing else seems to matter. Creativity,thinking discipline,the arts no longer count. Many of Our children are not prepared for life after high school graduation which makes the phony so called increase in graduation rates meaningless.The politicians making these decisions know nothing about our schools and don't seem to care less.Maybe we,as parents,need to mobilize against subjecting our children to this nonsense. .

It should be noted the gang that couldn't shoot straight former ISC administrators now the networks deputy directors and directors make ovver hundred and twernty fie thousand a year wrap your mind around that this is according to a website devoted to salary transparency.

Wow. Powerful numbers and powerful stories. The impact of the state tests cannot be ignored.

A similar trend is affecting early childhood (prek - 3rd grade) where policies are impacting the youngest students in a wide range of negative ways.

At Defending the Early Years we are conducting a national survey of early childhood professionals–teachers, child care workers, program and school directors, etc.–on the ways their work is currently affected by federal, state, and local policies, such as standards for learning and mandated tests. Responses are anonymous. The data are being collected and tabulated by an independent opinion research firm. The results of this research will be used to inform our efforts to advocate for more child-centered, humane, and effective policies in the education and care of young children.

Please encourage early childhood educators to get involved and respond at http://deyproject.org/ and please help to spread the word about our survey.

Now if we could only get some of those parents out to vote, things might eventually change.

It's good for kids to face stress in school to get them used to the real world.