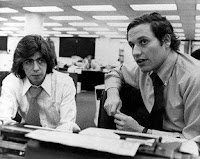 June 15, 2008 (GBN News): Speculation has been running rampant over the mysterious “anonymous” source of funding for the “Education Equity Project” currently being championed by Schools Chancellor Joel Klein and the Rev. Al Sharpton. Few details have been revealed about this project and how it intends to reduce the “achievement gap” in education, but the alliance between Mr. Klein and Mr. Sharpton has raised more than a few eyebrows.

GBN News has now learned exclusively that the project is backed by a secret slush fund, being raised and disbursed by a shadowy group comprised of experienced operatives including former Tajik strongman and current head of school security Emomali Rakhmon, and Watergate veteran Donald Segretti. A source at the NY City Department of Education, known to GBN News only as “Deep Strep Throat”, claims to have first hand knowledge of this slush fund, and has revealed some of the details of its use on condition of anonymity.

According to this source, the Education Equity Project is merely the public face of a vast clandestine conspiracy which aims at nothing less than the subversion the entire national educational and political process. Utilizing a series of dirty tricks ranging from spreading disinformation about Presidential candidates to setting off stink bombs at teachers union headquarters, the ultimate goal is to so discredit both major party candidates that the parties will seek to turn at the last minute to the only political figures not tainted by the dirty tricks: Mayor Bloomberg for President and Reverend Sharpton for Vice President. Whichever party nominates this ticket will thus be assured of victory in November. Joel Klein is then to be named “Education Czar”, whose vast powers will be guaranteed by Mr. Rakhmon’s legions of school security officers.

While some may feel this scenario is a bit far fetched, at least one observer of the educational and political scene defended the credibility of the story. J. Fredrick Runson, head of the Manhattan University Political Science Department, told GBN News, “Nobody would have believed Alvarez and Marsal, ARIS, the cell phone ban, incessant reorganizations, or the flouting of the CFE ruling either. If they can do that stuff, there’s no limit to what they can do. And with the truth about their ‘reforms’ coming out more and more in the press, they’re getting desperate.”
Posted by Gary Babad at 6/15/2008 11:57:00 PM

They could hold the inauguration ceremonies on the site of what used to be Freddie's Fashion Mart, the story that burned down after Sharpton exhorted a crowd against the "white interlopers" and seven black and Hispanic employees were killed in the conflagration.

I think the heart of the issue is secrecy. It might not be as touchy a subject but when you look at the direction this nation has been going since 9/11 it's disturbing. Things filter down. Klein/Bloomberg have shown their contempt for openness since the beginning.

Secrecy is poison to a democracy. Public schools in a democracy must emulate the values of freedom, transparency and accountability. How ironic it is that those who think it their right to operate in secrecy want to hold students and teacher accountable.