An open letter to Anthony Weiner 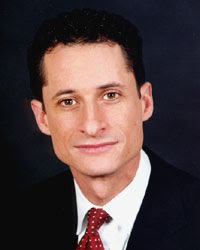 You are quoted in the Daily News as supporting Mayor Bloomberg and Chancellor Klein in blaming the state for the school budget cuts. I know that you wish to be Mayor, and thus preserve mayoral options, but I would suggest that position is inappropriate in this case.

The funds that the city is receiving under the Campaign for Fiscal Equity (C4E) are received as the result the settlement of a lawsuit. The settlement included the agreement by the city that it would not reduce its funding of the schools if the state increased its funding. i.e., It could not offset city funds with state funds. Further, there was an agreement that a certain part of the increased state funds were to go to low performing schools.

Thus, when Mayor Bloomberg reduces the actual school budget by so much as a penny, and when Chancellor Klein accepts this, the city is in violation of terms that it agreed to when the state provided several billion dollars of additional funds.

Further, when Chancellor Klein argues that he should be able to spend these funds as he wishes, he knows perfectly well that even if the state permitted him to do so, he would then be in violation of the terms of settlement, and would thus reopen the lawsuit.

I think that there are only two possible conclusions that may be drawn from Chancellor Klein's arguments. Either he is an incompetent lawyer or a liar. Neither one is flattering to the schools chancellor.

As for the Daily News "hyped up arguments" of "school advocates" I don't understand how they can say that cutting over a million dollars from a school budget will not have a significant effect. In the case of , the Board of Ed website says that the budget will be cut $1,323,806 from what it was at the start of this school year! Where does that kind of money come from, other than brutally cutting programs?

The News talks about budget increases for the schools over many years, citing a 63% increase. That is not quite the truth. l know, budgets must increase merely to cover the cost of increased salaries and the price of materials that the schools buy. That does not provide money for the schools to do any more than they did before.

And we have no idea how much money went to the schools, and how much went to Tweed (headquarters), outside consultants (often under no bid contracts), how much was give away to charter schools, how much was squandered by hiring additional bureaucracy for "small" schools, and spent in other areas of the system but not the schools. When we are provided with this data, perhaps we can determine the actual percentage increase that real city schools received.

Clearly, Weiner doesn't know what he'd talking about and is just pandering. He should do some homework before he shoots his mouth off.