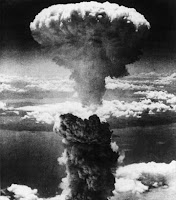 It now appears that four of five years of spewing false dichotomies about mayoral control of the City’s public schools at the press and anyone else who will listen are no longer enough for Mayor Bloomberg, Chancellor Klein, and their various mouthpieces.

In his weekly radio show on Saturday, as reported in yesterday’s New York Post, the Mayor elected to up the ante. In a stunning combination of hyperbole, fear-mongering, and Panglossian repetition of his “best of all possible worlds” mantras, Mayor Bloomberg effectively declared that failure of the State legislature to renew mayoral dictatorship in its present form could lead to “riots in the streets.” “If they didn’t do that [retain mayoral control],” he stated, “I think that there’d be riots in the streets, given the improvement” to the NYC public school system.

This from the man who believes the Mayoralty belongs to him simply because he can outbid anyone else who dares compete and then calls his control of the schools under this scenario accountability. This from the man who believes that his and his cronies’ voices outweigh the combined voices of New Yorkers who voted twice by referendum for mayoral term limits and then asserts that public school parents do have a voice in their children’s education. This as well from the man who, along with his equally unaccountable Schools’ Chancellor, persistently uses data as a bludgeon over principals and teachers to pervert the very meaning of education and then asserts that the public should trust his benign dictatorship over the public school system.

Plowing millions into misleading, “feel good” public relations via the Fund for Public Schools, Learn NY, and similar organizations is apparently not enough. Repeatedly declaring that the only choices are the current Mayoral dictatorship or chaotic reversion to the worst of old times are apparently not enough. Manipulating DOE data to misrepresent reality and even create his own reality while ignoring the day-to-day reality in classrooms is apparently not enough. Summarily firing those on the Panel for Education Policy who disagreed with him and installing a Panel of eight puppets (with Patrick Sullivan as the lone real parent representative) has apparently not been enough. The time has arrived to borrow a page from the Bush/Rove, “keep ‘em scared” playbook and escalate from a Code Yellow to a Code Orange threat level status.

Maybe he’s got it backward. If mayoral control is retained as is, perhaps the riots will indeed come, led by the disenfranchised parents (at least those who haven’t already left the system, or the City, in disgust) and frustrated teachers who still teach but no longer educate. In the meantime, we can all look forward to the next step in this process, when Mayor Bloomberg goes to Code Red and begins alluding to “smoking guns” and “mushroom clouds.”
Posted by Steve Koss at 2/08/2009 02:44:00 PM

someone at the hearings said that if there were riots in the streets, it would be because of payoffs from the Mayor himself.

thanks Steve. you nailed it.
BB