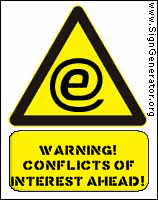 See the article from today’s Daily News below on the eight mayoral appointments to the Panel for Educational Policy. Out of the four new members, two are former city aides, one owes his current job to Mayor Bloomberg, and three run organizations dependent on city contracts and/or receive financial support from the Mayor himself.

The Mayor will continue to control a super-majority of eight out of the thirteen members, according to the new Padavan/Silver law, and will be able to fire any of them at will. The only change in terms of the board's composition is that Klein can no longer serve as an official member, and the Mayor is now required to select two public school parents among his eight appointees.

Linda Lausell Bryant, head of Inwood House, an organization which currently has a $255,000 contract with the DOE, and has received no-bid DOE contracts in the past. Inwood House has also benefited from hundreds of thousands of dollars in annual donations from Bloomberg’s own pocket via the Carnegie Corporation, from 2003 to the present day, and has received $8.5 million in tax exempt capital financing from the city’s Economic Development Corporation.

The other public school parent appointed to the board is Joe Chen, head of the Brooklyn Downtown Partnership, an organization which has millions of dollars of city contracts, according to the News. According to the Brooklyn Paper, Chen was appointed to his current job by Bloomberg himself – despite the fact that no city employees can serve on the PEP. Chen is also a former top aide to Deputy Mayor Doctoroff and is closely allied with the real estate interests in .

The other new members include Gitte Peng, a documentary film maker who was until recently a top aide to Deputy Mayor Walcott, credited for helping fashion the governance law and helping to found a charter school; and Tomás D. Morales, head of the College of Staten Island, part of CUNY, which is entirely dependent on city funding .

As Dick Dadey of the Citizens Union said, "These appointments continue [the mayor's] past practice of appointing people who ... will not break with the mayor.”

Current PEP members who were re-appointed, all of whom were among the mayor’s strongest supporters on the board, will include:

Philip A. Berry, vice chair of CUNY’s board; Tino Hernandez, former head of the NYC Housing Authority who resigned from NYCHA last year amidst a scandal regarding recurring elevator breakdowns; Richard Menschel of Goldman Sachs, a good friend of the mayor’s, and David Chang, president of Polytechnic Institute in Brooklyn, which has received $104 million in tax-exempt financing through EDC. Not one of them has ever voted against the administration.

All the current borough representatives will be re-appointed, including Patrick Sullivan, the representative, who up till now has been the only consistently independent voice on the panel. The Brooklyn BP has yet to choose his representative; let’s hope that whoever it will be allowed to serve as a real voice for parents like Patrick.

Along with the evident conflicts of interest, is there continues to be no contact information made available by the DOE for any of the PEP members. The only way for members of the public to reach them is to write a letter c/o the Department of Education. But then, why would the DOE want to make these people accessible to the public?

Previously, no minutes of the PEP meetings were posted since 2007. Now the DOE is beginning to post minutes retroactively and has reached April 2008 – as the new law requires. But these are the most bare bones minutes one could possibly imagine.

Not a single comment from the public is included in the minutes. Also see this record of the PEP meeting on Dec. 17, 2007: “Chancellor Klein and members of the DOE’s Senior Leadership Team walked through questions panel members submitted on a variety of topics. Panel members asked questions and commented throughout the presentation. No action was taken.”

This was actually one of the most interesting of PEP meetings, in which Panel members were for the first and only time allowed to submit questions on DOE policies, (though only three did.) Compare this minimalist account to our description on the parent blog, in which Patrick single-handedly debated critical issues with Chancellor Klein, Linda Wernikoff, Marcia Lyles, Chris Cerf, Kathleen Grimm, and Garth Harris: Jedi vs. the Sith at the December PEP meeting.

The Parent Commission had proposed that all future meetings of the PEP should be webcast and be archived on line. We also proposed that no one who worked for an organization that received substantial contracts from the city or contributions from the mayor himself could serve on the PEP.

Unfortunately, these were among many proposals to improve accountability, transparency and public input that were not adopted.