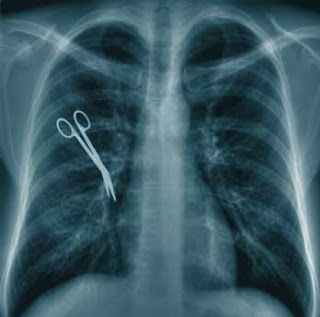 Today, the mayor announced he would extend his grade retention policies to 4th and 6th grades -- meaning that all NYC students through 8th grade would now face being held back on the basis of a single test score. According to Gotham Schools,

Asked about researchers’ claims that retention policies can raise the dropout rate, Bloomberg said he was “speechless,” adding, “It’s pretty hard to argue that it does not work.” Klein said that since 2004, when the DOE ended social promotion for third graders, support for its end has been “unanimous.”

In fact, the consensus among experts is overwhelmingly negative -- that grade retention hurts rather than helps students and leads to higher dropout rates. When the City Council held hearings the first time the Mayor proposed this policy, they could not find a single education researcher who supported it.

Yet the mayor and Klein manage to inhabit their own universe of spin; reminiscent to the manner in which Karl Rove described the Bush administration:

We're an empire now, and when we act, we create our own reality. And while you're studying that reality—judiciously, as you will—we'll act again, creating other new realities, which you can study too, and that's how things will sort out. We're history's actors ... and you, all of you, will be left to just study what we do.

See the 2004 letter, signed by over 100 academics, heads of organizations, and experts on testing from throughout the nation, in opposition to the mayor's policy, when he first proposed 3rd grade retention, explaining:

"All of the major educational research and testing organizations oppose using test results as the sole criterion for advancement or retention, since judging a particular student on the basis of a single exam is an inherently unreliable and an unfair measure of his or her actual level of achievement. ...Harcourt and CTB McGraw Hill, the two largest companies that produce standardized tests...are on record opposing the use of their tests as the exclusive criterion for decisions about retention, because they can never be a reliable and/or complete measure of what students may or may not know."

Among the letter’s signers were Dr. T. Berry Brazelton, renowned pediatrician and author of numerous works on child care and development, Robert Tobias, former head of Division of Assessment and Accountability for the Board of Education and now Director of the Center for Research on Teaching and Learning at NYU, and Dr. Ernest House, who did the independent evaluation of New York City’s failed “Gates” retention program in the 1980’s.

Other signers included four past presidents of the American Education Research Association, the nation’s premier organization of educational researchers, as well as three members and the study director of the National Academy of Sciences Committee on the Appropriate Use of Educational Testing, and two members of the Board on Testing and Assessment of the National Research Council.

According to Dr. Shane Jimerson, professor of Child and Adolescent Development at the University of California, Santa Barbara and author of over twenty publications on the subject of retention,

“The continued use of grade retention constitutes educational malpractice. It is the responsibility of educators to provide interventions that are effective in promoting academic success, yet research examining the effectiveness of retention reveals lower achievement, more behavior problems, and higher dropout rates among retained students. It is particularly disconcerting that a disproportionate number of students of ethnic minority and low income backgrounds are retained. Moreover, children’s experience of being held back is highly stressful; surveys indicate that by sixth grade, students report that only the loss of a parent and going blind is more stressful. “

The second time the DOE pushed through this policy, for 5th grade retention, Klein agreed to commission an independent research study of the results. has been analyzing the data since 2005 and has produced several interim reports which the public has not been allowed to see, as reported in a chapter in our book, NYC Schools Under Bloomberg and Klein: What Parents, Teachers and Policymakers Need to Know, by Patrick Sullivan, member of the Panel for Educational Policy:

"....the reports contained the results of extensive surveys with elementary school principals, summer school administrators, and Academic Intervention Services (AIS) specialists. Summer school leaders were coping with the latest DOE reorganization and complained they could not get any specific information on the students assigned to their programs. AIS leaders found that small class sizes were the most effective tool to help struggling students but less than a third of at-risk children had access to smaller classes. Principals felt the retention policy relied too much on standardized tests and was damaging to student self-esteem. Most troubling of all: none of these findings had been made public."

Now, as Patrick points out in Gotham Schools,

"When we voted on the 8th grade retention policy last year they said the release date for the study was August 2009. Now it is “sometime this fall”. Would that happen to be “sometime after the election this fall?” What are they hiding?"

According to the DOE spokesperson, " Preliminary results of the RAND study, which looks at the performance of third and fifth graders affected by the Mayor’s promotion policy over time and will include data from the 2008-2009 school year, were delivered to the Department of Education last year...."

If Bloomberg and Klein were really so convinced that their retention policies have been successful, they should be obligated to release the findings before the vote of the Panel to approve their extension to even more children.

How about children who fail their academic subjects but are promoted as they pass the standardized tests? I'll bet that never happens.
Many teachers, especially those without tenure, are coerced to pass failing students, especially the discipline problems. The standard supervisor comment is: "Do you want them again in your class next year?" The UFT contract used to state that children who were not promoted were not supposed to have the same teacher again the following year. I guess that Randi Weingarten gave that one up or just led it slide.

Under their current method, does the mayor and chancellor expect to have 19 year olds sitting in the 6th grade?
Students who are held back desperately need support services in reading and math as well as psychological health. You can't leave a child back and place them in the same exact educational setting the following year. That's ridiculous. You're just setting the child up for failure. The mayor and chancellor do nothing about lowering class size and restoring the 600 school concept for chronically disruptive pupils.