An Open Letter to President Obama: Please help us save our school! 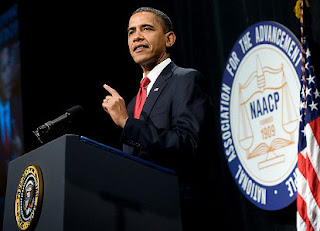 The model, which you recently cited in your speech to the NAACP as a promising example that should be emulated nationwide, provides students with small classes, advanced instruction, extra learning time, and the opportunity to take college courses and graduate from high school with two years of college credit.

Here in , the (BECA) was founded three years ago as a 6-12 school with help from funding from the Gates Foundation. Ninety nine percent of our students are African-American or Hispanic.

Though BECA was rated the most improved school in the city in parent surveys this year, its success has been put at risk by irresponsible conduct of the NYC Department of Education. Our school is one of more than ninety schools being moved into a new building this year, in a disruptive and chaotic process of musical chairs, with decisions made by unaccountable officials at the Office of Portfolio Development who have been completely unavailable and inaccessible to parents and other stakeholders.

Our students work hard: they have to complete about two hours of homework each day, attend mandatory classes after school three days a week, as well as classes on Saturday. The school was initially placed in an annex of PS 24 in Riverdale. Because of cramped space, the school could not provide our students with the smaller class sizes that the early college model requires. Instead, our class sizes averaged 27 students, but we hoped for improvements once the school was moved to a building of our own. We also had no auditorium, no gymnasium, no science labs, no media rooms, no library, no specialty rooms - just a few classrooms and a lunchroom.

Parents believed in the academic program and the mission of BECA enough to look beyond what we did not have. We held on to the promises made by DOE officials that they would find us a suitable site near to Lehman or on the college campus itself, with all of the amenities that a high-tech, early college program should provide – as well as a site that would allow our children to easily attend college classes during the school day when they reached 9th grade.

Yet now, the school is being moved six miles away to the --even further away from Lehman. The building (the former JHS166, which is being closed) will house six different schools, including a district suspension site. Rather than respond to parental complaints and requests for meetings, our school is being placed in a rat-infested facility that looks more like a prison than a school building.

While the school has a site-selection committee that includes parents as members, our committee was never consulted before the move was announced.

Again, there will be no room for smaller classes, once the school grows to its full 6-12 size. And though DOE officials had originally promised that shuttle-bus service would be available for the 3½-mile trip to the Lehman campus starting next fall when our students reached 9th grade, they later revised this to say that there would only be buses once our students were 10th graders. Most recently we were told buses would not be provided until the 11th grade.

The lack of concern and disrespect for the BECA community has been exhibited by the Chancellor himself.

When BECA parents spoke up in June to protest the move during a meeting of the Panel for Educational Policy, Chancellor Klein claimed he was “unaware” of these issues, although there had been direct and frequent communication with him since March, via letters, petitions, rallies, calls to 311, and even speakers at earlier PEP meetings.

Editorials, opeds from elected representatives, as well as numerous news articles had been published about this issue. We have used whatever means available to us to express our concerns, yet we feel utterly ignored –emblematic of the manner in which the Bloomberg/Klein administration has shown complete disregard for the parent voice in the NYC educational system.

President Obama: you have spoken widely and well about the importance of parents being involved in our children’s educations. Why should parents have to go through such lengths just to have our views ignored, by an administration that does not value our contributions? Why allow time for public comments during meetings of the Panel for Educational Policy, if those comments are not heard or followed up on?

As Assemblymember Jeffrey Dinowitz wrote in April in the Riverdale Press, “the real problem [is] a Department of Education with no real plan, just a mandate to create more and more small schools with no intelligent planning as to where to put many of them….. [in a] mad rush to create so many so quickly …”

As a school, BECA has had its problems. We have had three principals in as many years. Now, just when we have hit our stride, the DOE pulls the rug under our feet with this disruptive move. With the great progress that our school has made, it is imperative that our progress should continue. If our school falters once more, it will be due to an administration that has shown a lack of commitment to make good on its promises to our children – and a lack of concern for their future success.

President Obama, listen to our pleas. Please help us convince the Department of Education that a more suitable site must be found for our school.

Ms. Wright can be reached at 917-496-3757 or at annabellewright1@aol.com. See also these letters from parents at BECA and from the Borough President Ruben Diaz Jr. to Chancellor Klein, detailing the poor planning process by the Office of Portfolio Development. For more on BECA, see The Riverdale Press from December 18, 2008– “Turning things around” and Insideschools.org . For more on the model, see this Huffington Post column by a student who graduated from Bard Early College HS. For an analysis of the problems of the NYC small school initiative, including high staff turnover, inadequate facilities, and frequent moves, as well as the “collateral damage” suffered by students at the large schools as a result, see the recent report from the New School, “The New Marketplace: How Small-School Reforms and School Choice Have Reshaped NYC’s High Schools.”

Killer stuff for the last three days. Is this school a public school or a charter school?

I'd suggest enabling the word verification for comments, which will keep out the spammers.

The first thing I read in the morning is your blog site. The Beca school has had 3 principals already? They have no gym, media room, etc. THis is not reform . This is destruction. Bloomberg, Klein and Nadelstern should be asked to resign from their jobs. They don't think and plan intelligently. They just have knee jerk reactions to reform. My job history included working at small, alternative high schools. One was a total fiasco because of incompetetnt leadership, lack of resources and a staff that was mostly treated very disrespectfully. I left that school as soon as I could. I tried another small high school. This second one had competent leadership, had lots of resources and teachers had a voice in school policy. I stayed there for 10 years. This experience in small schools informs my opinion. There will be a wasteland of small, poorly run, resource deprived and barely functional small high schools left at the end of Bloomberg's reign and the irony is that the "insiders" will praise themselves for being effective and visionary reformers. Their legacy will really be a wasteland of small, ineffective high schools because too many were started and they were left to fend for themselves.

Please note that BECA is a public school.

We have recently met with DOE Space Planning officials and have been advised that 99% of all requested renovations and resources will NOT be available for Sept. The school will not be able to fully function in this facility when the school doors open in a few weeks.

BECA is a prime example of the major shortcomings of an administration that does not value the parents and students of the NYC public school educational system.

We have been told by DOE officials that the only way we can expect them to listen is with Media attention. So while our most recent plea is to President Obama - ALL MEDIA and SUPPORTERS please listen to our pleas and help us be HEARD. Help Save Our School by bringing the attention that this matter deserves.

BECA has a VOICE - NYC Public School community & supporters have a VOICE and WE CANNOT BE SILENCED!

Thanks to all that join in on this effort and continue to support us and increase the awareness of this situation throughout this journey.