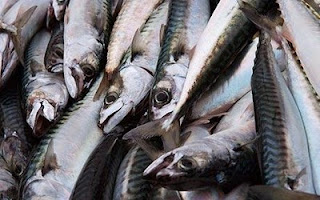 State Ed Commisioner Steiner is making the rounds with analysis prepared by Harvard researchers Daniel Koretz and Jennifer Jennings showing the state tests are simply getting easier. From the Times coverage:

New York State education officials acknowledged on Monday that their standardized exams had become easier to pass over the last four years and said they would recalibrate the scoring for tests taken this spring, which is almost certain to mean thousands more students will fail.

While scores spiked significantly across the state at every grade level, there were no similar gains on other measurements, including national exams, they said.

“The only possible conclusion is that something strange has happened to our test,” David M. Steiner, the education commissioner, said during a Board of Regents meeting in Albany. “The word ‘proficient’ should tell you something, and right now that is not the case on our state tests.”

Large jumps in the passing rates, which Mayor Michael R. Bloomberg trumpeted in his re-election campaign last year, led to criticism that the tests had become too easy.

Of course while rising test scores are a credit to the mayor, the inevitable drop after "recalibration" will be attributed to the inferior quality of the schools. Mayor Bloomberg bears no responsibility whatsoever for this, and will close them as a result, replacing them with small schools and charters, so as to make Bill Gates happy.

The REAL STORY is in the design and inappropriate use of the exams. Standardized exams of this kind should (and can only appropriately) be used to note progress and flag disaster areas, not pass students along (and scapegoat teachers and schools) to their demise as something little better than outright social promotion.

nyc educator got it wrong. The drop will be associated with the DOE's failure to get rid of teacher tenure & senority. Therefore, it will be the teachers fault.

As usual if anyone had ever bothered to ask us, the teachers, in rooms teaching the very children being tested, we could have told them that the kids can't read and write very well. As I told the gentleman who came to do our quality review a couple of years ago, I don't need a test to tell me where the kids are academically. I just read their work and can pretty much figure out where they would fall on a grading scale. Needless to say I was never invited to attend a quality review meeting again.

This is fraud, mismanagement, and failed leadership; and this should resonate across the nation.

Hear that screaming whistle? That's Slim Pickens roarin' down atop a gigantic sock full of manure!