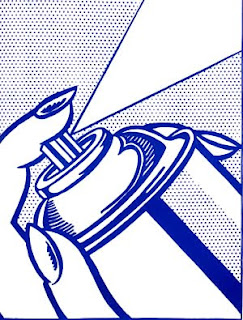 The Daily News editorial board finally gave up today, and admitted that the city’s big gains in state test scores over the Bloomberg era have been a vast mirage, in an editorial called Harsh lesson for N.Y.

They were apparently briefed by NY Commissioner Steiner on the findings of Harvard's Daniel Koretz, which, according to this editorial and numerous news reports, has found that almost half of NYC 8th graders who score as proficient on the state exams will never graduate from high school; and three-quarters of those who do graduate need remedial courses before entering CUNY community colleges.

Yet the editors of the News have up to now been very willing victims of this deception – and a lapdog of every single false or exaggerated claim from the Bloomberg/Klein administration.

This, despite the warnings of many testing experts like Bob Tobias, Diane Ravitch, Jennifer Jennings, and Fred Smith that the standards had been lowered, and their own terrific reporting staff of Erin Einhorn, Meredith Kolodner, Rachel Monahan, and Juan Gonzalez, who, for at least three years, have revealed the numerous ways in which the state test scores have been systematically inflated over time.


Those of us at the NYC parent blog have also written about this extensively; see this entry from Steve Koss, analyzing an Erin Einhorn story from Sept. 4, 2007. Einhorn did an ingenious experiment with middle school students, showing how the math exams had gotten easier, and how SED and the DOE should have and probably were aware of this fact (I can’t find the original article online anymore.)

Let’s hope that the News editors will finally learn something from this “harsh lesson” and start showing some independence.

The NY Times also bears some of the blame. I have never seen an editorial in the Times that even mentioned the possibility of state test score inflation; and the paper hasn't yet reported on the Koretz' findings.


In August 2009, when Bloomberg was pressing for extension of mayoral control of the schools and his own re-election, the Times published a credulous story that recounted the steep increase in state test scores without directly quoting any of the skeptics; and also incorrectly used the DOE’s preferred date of 2002 instead of 2003 to claim improvements on the national exams called the NAEPs.


The article omitted any of the abundant evidence that the state exams and their scoring had become easier over time. (See my critique of their August 2009 article, NY Times falls in line with the Bloomberg PR spin control; and the response from Times editor, Ian Trontz: The NY Times response, and my reply. See also Wayne Barrett's take on our critique of the Times.)

What are the chances that now that Bloomberg has successfully won his battle to retain nearly unlimited control over our schools, and is in the midst of his third term, the editors of the News and the Times will apologize to their readers, and admit that the smell they’ve told us was roses was really an artificial chemical, successfully concocted to fool them? Don't hold your breath.

Regarding the NY Times editor's excuse, "We can't go down every road," in his email reply.

He should try the main road of common sense, decency, and integrity.

Massively disappointing and sad for a Times editor to stoop to arguments about being correct in letter, though misleading and missing the story. I would expect that from a second-rate TV news show.

I am all for accountability. But what the feds and states and politicians pass off as accountability is a joke. With NCLB, everybody games the test, from the state boards of education, to school districts and some teachers. Illinois games it. One national expert on testing from UIC was not invited back a few years to be on a testing review board because he told them they were using the standardized test wrong. He told them that the test was built to measure apples and they were measuring oranges. In other words they were abusing the test by using in a way that was not the intention of the authors. Once all the politicians and their surrogates got everybody on the vicious treadmill of basing all learning to a high stakes test, then you get what you get. Testing is a mess. What if the curriculum doesn't jive with the standardized test. The people who making the big big dollars are the publishers of tests and text books. Don't blame the teachers, since we are never given a seat at the table when they are talking about accountability! These are mandates by folks who never walk into a classroom nor have a clue.

Yes but, the editorial starts with a day of reckoning for students, parents teachers and administrators. No mention of Bloomberg and Klein as if all the other parties in education will have a harsh reality imposed on them. Again they fail to lay blame where it belongs on the education mayor and his messenger boy JOEL.

More great commentary Leonie. I only wish the editorial writers would consult with you instead of Joel Klein's Ouija board before setting finger to keyboard.

But I'm a dreamer.

Everyone involved in education knew the fraud being presented to the children and their parents with the terribly inflated test scores,but sadly nobody cared until it was too late to adequately prepare our children for college or the work force. The tests became easier,the marking was super lenient and you could drive the Queen Mary through the range needed for our children to score a 3 to show they are meeting standards.
Test prep became the major subject of the day and subjects which where not tested were eliminated.Money was spent on more and more accountability nonsense and school budgets were spent on test material and practice tests.No one cared since look at the great results. My year old poodle could score a 3on the ELA and math exam given the third grade this year..
The sad part is all that will happen now is more children will receive a 2 as the scoring gap will be changed and you will need more answers to score a 3. This means principals will panic,teachers will be pressured and test prep will become the major activity from September until the May test date.After all, everyone is judged by the test score.Unfortunately while tests may get more difficult,and scores will go down for a few years,our students will still not be prepared for the future.HOW SAD!!

This definitely should remove the shine from the apple in the eyes of the charter school cabal. I wonder what Ms Whitney will say about this.

Not to dispute the findings that the NY state tests have become easier and the marking more lenient, but didn't NYC students do better on the dumbed-down state tests than other NY State students?

Perhaps so, but I'd expect that all the millions poured in, overwork of non-union and union teachers, the threats of closings, the intense focus on data, testing, prepping, and administrative harassment to garner far more than a subtle uptick. If that's all it got (and it sounds like it didn't even merit that much, it in fact seems to have slumped), then the entire effort has been a dismal failure, the collateral damage overwhelming and the assault on true public education must end before it extinguishes itself in its own miserable oblivion.