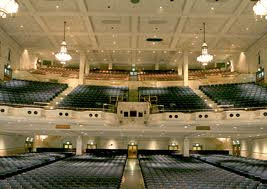 After the Chancellor read her statement, Queens rep Dmyrto Fedkowskyj raised the issue of the DOE's imposition of a 50% tax on any funds principals try to save from this year's budget to apply to next year. He pointed out that this tax penalizes those schools that carefully saved to accumulate sufficient funds to launch new programs next year or protect against the projected shortfall. The Chancellor said she would consider Dmytro's request to examine alternatives.

Next, I again asked about the continued decline in science education under the mayor' watch. Two months ago, I raised the issue of the poor results in the Intel Science Talent Search. Last night I pointed out the Chancellor that not only did we not have a single finalist in the Intel contest but we also scored poorly in federal NAEP science testing. The Chancellor said the Department was looking into the issue.

Bronx Rep Monica Major requested that the PEP form a budget and audit committee to begin studying the budget issues facing us. The Chancellor said she would consider the matter.

The closure of PS 114 in Brooklyn was pulled from the agenda. The school was the subject of an excellent investigative journalism series by NY1's Lindsey Christ who turned up ample evidence of abysmal management of the school by DOE.

The remaining agenda was primarily school co-locations. The insertion of a charter in Bedford Stuyvesant's PS 308 was the main source of contention. Elected parent leaders from the school, District President's Council and Community Education Council expressed opposition as did local electeds, many parents, students and a member of the clergy. The only support was from the charter school founder.

Video here thanks to the Coalition for Public Education covers my exchange with Deputy Chancellor Mark Sternberg:

You might find some insight in this blog about NYC schoolkids and reading: