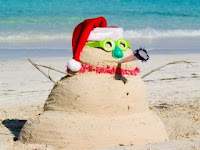 March 11, 2011 (GBN News): New York City public school students got an unexpected treat today – a snow day in 50 degree weather. Apparently, this was all because of a prank call to Chancellor Cathie Black from a woman purporting to be Caroline Kennedy. The caller was said to have asked the Chancellor for the day off because her son had forgotten to study for an exam. Not realizing that this was an imposter, Ms. Black immediately granted the request.

According to a source at the DOE, the former First Daughter was on a short list of people whom Mayor Bloomberg had instructed the new Chancellor “never to turn down under any circumstances”. The list was also said to have included Bill Gates and Eva Moskowitz, among others. Upon hearing that the caller was Ms. Kennedy, the Chancellor did not even look out the window before making the decision to close the schools.

As for this coming Monday, a DOE spokesperson announced that the Chancellor will decide by 5AM whether the schools will reopen, or stay closed for another day. Apparently, “Caroline Kennedy” had told Ms. Black that her son “might not have time” to study this weekend, and the Chancellor replied, “I understand, studying is for the ‘little people’.”
Posted by Gary Babad at 3/11/2011 01:14:00 PM

This information is second-hand, so I am not sure has credible it may be, but I have to say that just like with any other industry; it's who you know less than what you know. Of course the "little people" comment was over the top, but I guess it is true that some people are pressured to make decisions based on the requesting party's wealth and social recognition.