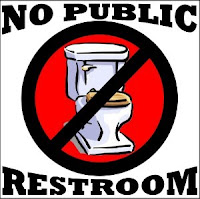 March 31, 2011 (GBN News): With his approval ratings tanking, Mayor Bloomberg has been facing increasing displays of public displeasure at his policies. While he has tried to shake off such incidents as being booed at the St. Patrick’s Day Parade, the Mayor was unable to ignore a protest that came much closer to home.
GBN News has learned that at about 3 AM last night, while walking down the hall on his way to the bathroom, the Mayor was booed by his entire household staff. Mr. Bloomberg was said to have been taken completely aback when the servants then blocked his way to the bathroom door, chanting, “Hell no, you won’t go!”

When reached by GBN News, a Mayoral spokesperson vehemently denied that any such incident took place. “Nothing happened,” said the aide. “The Mayor just had a bad dream. He had some warm milk and cookies, and went back to sleep.”

But his employees begged to differ. “He was pissin’ in his pants,” Fred Runson, one of the Mayor’s chauffeurs, told GBN News. “Maybe he thinks he can ignore public opinion. But we’re the public too. A lot of us have kids in the public schools. And until he restores his budget cuts, lowers class size, and stops bashing the teachers, he’ll just have to ask our permission every time he needs to go to the bathroom.”

Sources in Albany say that the protests may spread to the Governor’s mansion. But Governor Cuomo has already taken steps to head off any trouble. He is said to have broken up with his long time companion, Food Network star Sandra Lee, reasoning that if she is not there to make him bedtime snacks, he can avoid nocturnal bathroom visits.
Posted by Gary Babad at 3/31/2011 10:29:00 AM

“If they don't like the way I run the schools they can boo me on toilet seas!"