What's the real story behind Black's fall from grace? 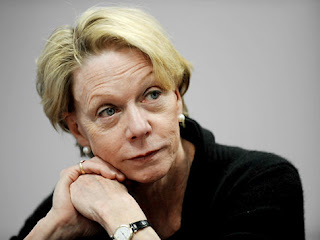 The three NYC dailies have conflicting accounts, sometimes within their very same pages, about why Black was fired by Bloomberg, after three short months. Bloomberg usually sticks by his deputies, no matter what their level of incompetence. Despite all the emphasis on "accountability" at the school level, there is generally little accountability at the top at City Hall.

The Daily News claims that the mayor didn’t like her inability to cut the budget:

Two sources said the mayor became increasingly disenchanted with her inability to do the grueling and technical work of cutting the education budget.

Meanwhile, the NY Post says it was because she made decisions to expand programs too slowly:

The Department of Education under Black actually delayed plans to expand citywide an ambitious special-ed pilot program and increase the number of schools containing a high-tech education program. Even when she rolled out a program -- finding $10 million to spend on after-school tutors -- Black drew criticism for bragging about such a paltry expenditure.

These programs – the special ed pilot and expanding the Izone -- are both very controversial, of course, and the latter is going to cost millions of dollars, not less; of course, which doesn't exactly help with cutting the budget.

In a different NY Post article, it says that John White was actually running the department, and when he left, Bloomberg realized he needed someone else in there quick:

Bloomberg admitted the breaking point came earlier that day when Black's most competent deputy chancellor, John White, quit -- the fourth top DOE official to defect since Black took over the nation's largest school system. "White was running the system," a source said. "The mayor felt he needed to make a move."

Yet the NY Times features an account that claims that decisions were being made too slowly, because they were vetted through her two top deputies, as well as Walcott and Wolfson at City Hall, and doesn't even mention John White:

Under Ms. Black, proposals meandered through layers of review: Ms. Black, her two powerful deputies, and City Hall officials, including Mr. Walcott and another deputy mayor, Howard Wolfson. …Ms. Black often deferred to Shael Polakow-Suransky, the chief academic officer, and Sharon Greenberger, the chief operating officer, giving them so much power that education officials jokingly referred to them as “chancellor,” the two aides said.

Meetings were rife with jockeying as senior officials tried to steer Ms. Black toward their view, the aides said. Mr. Polakow-Suransky and Ms. Greenberger served as gatekeepers, deciding which proposals to endorse and which to scuttle.

One of the few named sources in this NY Times article is Joe Williams of DFER, while failing to identify him as a charter school lobbyist:

“Anybody working on any plan for the last two and a half months had no assurance that it would ever get done rather than just having dust gather on top of it,” said Joe Williams, the executive director of Democrats for Education Reform, who works closely with schools and education officials. “Not having a leader there makes them wonder why they are showing up every day to this giant bureaucratic blob.”

Clearly, Joe felt that the DOE under Black was not giving him and his hedgehog friends the sort of access they got when Klein was there.

Here’s another quote from the Times, this one from an anonymous source:

Among some charter school operators, there is also frustration. When new charter schools open, the Education Department guarantees most of them space. But there have been challenges to the space allocations, brought on by flawed plans that needed to be amended due to lack of detail or typographical errors.

The problems have also meant that e-mails and phone calls are not getting returned. “I’m trying to hang a sign on a building, and the czar of signs is not answering his phone,” said the head of a high-performing network of charter schools, who asked not to be named for fear of angering the department.

My guess that this quote is from Eva Moskowitz, who works closely with Joe. Few other charter operators would be so open about their desire to acquire space to admit frustration in "trying to hang a sign on a building".

So charter operators were fed up with the slowness of DOE to respond to their demands, especially as compared to Joel Klein, who was at Eva's beck and call and responded to every one of her innumerable emails.

Is the real explanation, then, that Black was fired because the privatizers complained that they weren’t getting their co-locations quick enough?

Who knows? My guess is that the story is far more simple: Cathie Black was fired because the mayor’s poll numbers were falling fast, down to 27% approval for his handling of education, in spite of the millions of dollars of TV ads he is paying for out of his own pocket. Wolfson, his political guru, probably told him the ads weren't working, and that he had to throw her overboard, fast. Loyalty only goes so far, after all.

Isn't Howard Wolfson the deputy chancellor of bike lanes? I don't think he works on any other issues.

Wow - why do I even look at the media.

Ms. Black was fired because she was showing the obvious to anyone who knows anything about education. The education mayor is ruining our public school system through his policy of over testing,too much technological tracking and favoring his friend's charter schools no matter what the price to our public schools. Someone had to take the fall.

read this newest blog about kids here and reading and Cathy Black:

It's as simple as this. Black was pulling down King Bloomberg's approval rating. She was a thorn in his side. What better way to improve his rating then by firing her.