Lawsuit to block the closing of schools and charter co-locations! 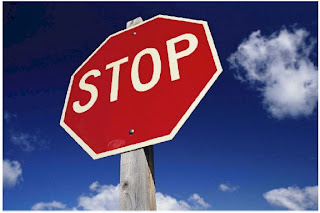 Stop the presses!  Today, UFT, NAACP and parent groups filed suit to stop the school closings and charter co-locations.  Lawsuit papers posted here; here is a NY1 story, about how "outraged" Dennis Walcott is;  here is the UFT press release.

But the best statement is from Ernie Logan, head of the principals union, who represents the people supposedly "empowered" by DOE.  Let's cross our fingers this lawsuit wins.  But too bad Logan isn't the person empowered to make the decisions when it comes to closing schools!


“Chancellor Walcott is understandably outraged because students in our lowest-performing schools don’t have better options. But the underlying outrage should be, not that the UFT has filed suit to keep 20 schools open, rather that the DOE long ago chose to close schools  rather than fix them. Over the last nine years, the city has systematically neglected many schools, usually in financially disadvantaged neighborhoods, offering them little supervision and support, then encouraging the Office of Student Enrollment to dump formerly incarcerated students, English Language Learners, special education youngsters and temporary housing children into those schools as if they had given up on them like some preordained underclass.
“The new Chancellor should focus his considerable talents and attention on changing the DOE’s approach towards the lowest achieving schools and find a way to make them work. One of the reasons CSA has called for legislation on assessing any school identified as persistently failing is to ensure that no school close unnecessarily. It is a tragedy when a city admits failure so easily.”

Our genius of a Mayor is admitting abject failure in lieu of an apology for his idiotic and incendiary comments about parents of students in schools marked for closure. "We're doing a terrible job," he says.

Then get out of office, moron.

I have now corrected the link, thanks Daniel! Anonymous, where did the Mayor say this? can you provide a link? Or do I misunderstand your comment?