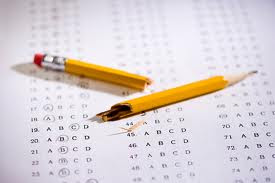 In an important face off, Shael Polakow-Suransky, DOE's Chief Academic Officer and driving force behind the Bloomberg administration's ramp up of standardized testing will debate with Sean Feeney, a Long Island principal and leader of the statewide revolt against NY State's test-based evaluation program. They'll be joined by Elijah Hawkes, former principal of The James Baldwin Expeditionary Learning School in Manhattan. Meredith Kolodner of The Daily News and Inside Schools will moderate.

Under Polakaw-Suranksy's direction, standardized testing has been forced on NYC public schools for rating students, rating schools, rating principals and most recently, employed in the junk science Teacher Data Reports to publicly rate and humiliate teachers. Affluent suburban schools like Feeney's have gone laregly untouched by the type of testing juggernaut used to bludgeon urban teachers and children but not for long. Governor Cuomo's new evaluation plan will require standardized testing to rate teachers everywhere. Under this plan no teacher can be deemed effective if they don't move test scores.

Since it is an open secret that the standardized tests do not accurately measure student knowledge, much less measure the growth of student knowledge, how on earth will the standardized exams measure teacher effectiveness on the growth of student knowldege? Add the other-worldly, thoroughly speculative. and distinctly nonmathematical 'value added' gibberish to the mix and one has invented an idoiotic AND meaningless tinge to the already mumbo-jumbofied discussion. Should be a nice debate as Dr. Feeney is one of the original Long Island Principals who had the guts to label the ed deformers voodoo math as doo-doo math. Perhaps we have finally located the only human (outside of the Pearson cabal) willing to publicly debate the merits of the New APPR, "value added" and other nonsense against a common-sense principal.
I can see it now, the flim flam artist v the veteran principal. Surely the flim flam artist will avoid every discussion of all the ludicrous ratings snafus. Like the alchemists and communists of old, he will just insist the formuals need a bit of tweaking or the procedures need a bit of tightening and then the magic will emerge.

The sad part is how many lives this ridiculous testing policy has affected.Teachers jobs has been destroyed,children have done so much test prep that they are unprepared for the future upon graduation,schools have been closed and parents ignored.These tests do not really measure anything and yet the DOE doesn't care.Dr. Feeney we appreciate your efforts,the sad part is the politicians who know nothing bout education won't listen to someone who really knows what they are talking about.