I will be on WNBC news at 11 PM tonight, talking about the total failure of the DOE to protect our children from sexual abuse and harassment.  After a flood of reports  recently revealed there were  staff who  continued to work in our schools  years after charges of misconduct had been filed and substantiated against them, with no one outside Tweed alerted to these facts, Chancellor Walcott promised to review all such cases in his files.

Today, Walcott released another file of eight substantiated reports from the Special Investigator's office, showing sexual misconduct of school staff, in some cases going back many years, with multiple witnesses attesting to multiple incidents.  One individual had substantiated reports about his behavior from students going back to 2001, described in a sickening SCI letter to Chancellor Levy,  and again in 2009, with more incidents described in a letter to Klein, and then again, in 2012, with a letter to Walcott.  And yet for eleven years, nothing was done!  In all these cases, these individuals were allowed to stay on or to transfer to new schools, with the records kept secret. 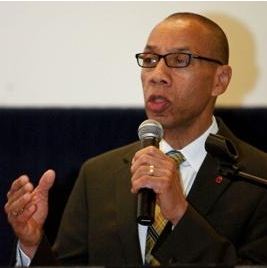 Walcott told reporters today that he personally examined about 250 cases and concluded that in some of them, appropriate action had been taken. In others, he said, the workers had left the system. And in even others, the investigations had concluded more than three years ago, meaning that it is too late for the department to issue a new punishment, even if one was merited.

Walcott said the department had alerted principals who supervise workers the department would prefer to discipline but legally cannot. Those people will be monitored closely in the future, he said.

This is completely unacceptable.  These predators cannot be removed from the classroom because of the DOE failed to follow up for three years?

Yet at the same time, the mayor and the chancellor keep talking about the parent's right to know  the unfair and statistically unreliable teacher data reports.  What hypocrisy; what a travesty.   This administration never fails to shock me with their total disregard for our children and the conditions they are subjected to in our schools.
Posted by Leonie Haimson at 3/15/2012 07:23:00 PM

Very true. Some kids live in fear of their classmates who run roughshod over them and the entire education process.