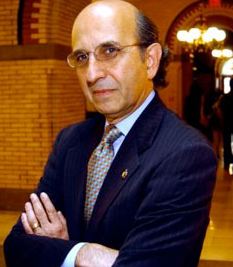 Have you ever wondered how what Joel Klein was busy writing on his Blackberry during meetings?
Or how closely he worked with the charter lobby to get the charter cap lifted and on other issues?
Now’s your chance to find out.  The UFT FOILed emails between DOE and the charter lobbyists and got a large bunch of messages after long delay and obstructionism from DOE.  Apparently more emails are coming. 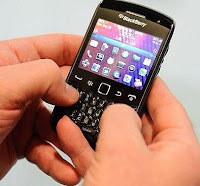 Reporters received pages of these emails as well as the UFT, and some wrote stories; Diane Ravitch blogged about them.
But until today, no one had posted them all online.
The ones I’ve seen make it appear that Klein, and others at Tweed, including the DOE lobbyist, Micah Lasher, were working for the privateers and the hedge-funders more than they were working for our  kids.
Here are all the emails released so far (in PDF form).  Please take a look, and leave any observations and/or especially revealing exchanges in the comments section.  The most interesting finds I will add to the blog post itself. The emails are in eleven parts:
Part 1. Part 2. Part 3. Part 4.
Part 5. Part 6. Part 7. Part 8.
Part 9. Part 10. Part 11.

Here's a fun email from Bradley Tusk, the political consultant who worked with Lasher to raise the cap, to Maura Keaney of DOE, which was included in Part 10:

Part 8 around pages 58-60. Joel Klein (or as James Merriman referred to him, "Crazy Eyes") and Merriman discuss Mona Davids. She should look at those emails. Klein wanted to know what school her daughter attended.

These emails certainly confirm for me who NOT to vote for.
A Brooklyn Parent.

So when is Joel Klein going to be arrested???

The people that Mayor Bloomberg appoints as Chancellor do not care about children or teachers in the public schools. They are only there to follow his policy of excessive testing,charter school backing and to blame the teachers for everything wrong in our public schools.Walcott is no better than Klein or Kathy Black. He just parrots what Bloomberg tells him to say.

Joel klein is the one I dislike most of all chancellors appointed under this mayor. Cathy Black was in an out and merely a symbol of the mayor's arrogance in ignoring the public. Our present chancellor has always been an extension of the Mayor.

Joel Klien is using his experience in Education as an untapped business market. He is making money off "Aris" a system that all high schools needed to supplement. His choice in the mandated math and reading curricula was not approved by the true experts in the fields. The national science foundation has a department that gives districts much money for experimental curriculum which is what the city used. I will eventually read all of these emails but at this point in the school year, I do not have the time. I hope you post these again in July.

Page 19 of part 11, Bradley Tusk giving Klein a heads-up to "tell Murdoch it's a good bill." Klein replies that he has a call in, not going to be a problem. Gee, it's great to know that Joel Klein needs Rupert Murdoch's blessing on school legislation, isn't it?

Agree with the first comment by anonymous about part 8. That whole series is probably one of the most revealing of all of them, where they hatch the political organization to demonize UFT, mobilize parents, use churches as surrogates, and hold a fundraising call with at least one "heavy breather" identified by Klein as "some overweight billionaire." Quite fascinating. And depressing.

At one point in Part 9 of the emails, Michael Duffy of DOE criticizes the NYC Charter Center board for its lack of diversity . He explained that it hampers their credibility. But there's no one who is black or hispanic amongst the participants in these email exchanges that include the Chancellor, City's lobbyists in Albany, the head of the DOE charter school office, the head of the NYC Charter School Center, the head of Democrats for Education Reform, a pro-charter lobbying organization.

Here's my question - who do we vote for in the coming mayoral election. Certainly not Quinn - she's just Bloomberg lite, not De Blasio -- he's got no integrity. Lee appears not to be running. Stringer? Who do we vote for?

we vote for Lui

Of course its about the dead presidents that is what goverment is about which isnt necessarily bad but in this case it is very cynical, arrogant and done in the belief the mayor and his cronies are beyond the law. nycdoe is a cash cow plain and simple and the bureaucratic infrastructure allows the cow to be milked by undermining selected schools and principals. adocates must out think the likes of the daily news and the post-though murdoch has his problems in his family as the battle to control his empire is beginning and in england. these folk are all in bed together to varying degrees - to their mutual benefit. and every fears their yellow journalism. sticking together and not flinching will defeat these characters - you have to be very tough

Thank you for posting these links and information. The corruption is truly sickening; what's more, that this corruption is still continuing is truly baffling. How can we halt these greedy, amoral, cretins from continuing the destruction of NYC public schools? Jail?