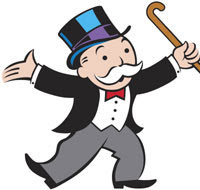 Chancellor Joel Klein, now in his 15th year at the helm of New York City’s public schools, announced today that secondary school rolls had reached their tenth consecutive all-time high while graduation rates slipped yet again for the tenth year in a row. He also noted that the average age of the City’s high school students had increased to 18.6 years.

A student interviewed outside A.P. Randolph High School offered an explanation. “Heck, everybody I know wants to stay in school as long as possible now. Me? I cleared $14 grand last year doin’ nothin’ but sittin’ in a classroom. They paid me for showin’ up, for bringin my pencils and notebooks, for bringin’ a calculator, for takin’ some stupid tests, for draggin’ my mom in to see my teachers, for not gettin’ suspended, for only usin’ the bathroom once a day, for eatin’ a salad and drinkin’ milk once a week, and I don’t even remember what else.”

A female student at Evander Childs concurred. “Why should I graduate when I can make good money here in high school? I can sit here in a classroom, or I can flip burgers at MickeyD’s. That’s a no-brainer! And if I went to college? Forget it! You actually have to pay them! Can you believe that ****?” That student reported she was 19 and was planning to attend at least one more year of high school so she could save enough money for a Microsoft Virtual Reality Xbox 3000 and an Apple iImplant(G12 Powerbook version).

In answer to a question posed during his press conference today, Chancellor Klein conceded that annual spending by the City’s privately-funded Scholars for Dollars program had topped the one billion dollar mark. He also admitted that in order to raise more money to pay students for attending school, the DOE is exploring the possibility of selling the naming rights to each City school building. “Monster.com Middle School. Has a nice ring to it, don’t you think?” commented the Chancellor. “Maybe once Mayor Trump completes her tenure, we’ll have to add an Ivanka High School of Fashion Design as well.”
Posted by Steve Koss at 10/15/2007 10:36:00 AM

I hope President-for-Life Bloomberg is willing to contribute some philanthropic dollars to the cause.

This was hilarious, and altogether possible.