The truth behind the new small schools 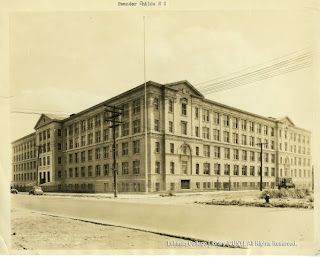 Andrew Wolf has a good column in the Sun about the deceptive ads from the Fund for Public Schools, called "Evander Childs Turnaround". The statistics clearly show that the students who were recruited for the new Gates-funded small schools now housed in the Evander building were much higher achieving before they ever enrolled in these new schools than those who had previously attended the school, undermining the administration's claim that it was its reforms that improved graduation rates.

The NY Times last spring ran both a credulous article and an editorial that read like press releases about the rise in graduation rates in these schools, without mentioning this salient fact. An excerpt from Wolf’s column:

The Fund for New York City Public Schools, a charitable group run by the Chancellor that once raised money to buy things to enhance the education of our public school children, is now spending millions on television commercials to convince the public that the programs are working. One of these commercials, highlighting "progress" at in the , has drawn particular attention on the growing network of blogs that critique the conditions in city schools.

Wolf credits the statistical findings that the students enrolled in these new schools started out way aheadto a recent Eduwonkette column and one posted last spring on the UFT blog by . Both were terrific pieces of work, and it’s great that this issue is finally receiving the attention it deserves, but it is long overdue.

Almost two years earlier, I pointed out some of these same facts to the Panel on Educational Policy and the United Parents Associations, in a summary posted here. Much of it was based on a report by Policy Studies Associates completed in March 2005, but suppressed for many months by New Visions before it was finally leaked to the NY Times eight months later. The authors of the PSA report based their analysis on background student data received directly from DOE. Too bad the reporters – and editors – of the Times seem to have conveniently forgotten its findings.

The PSA report examined not just those new schools placed in Evander but throughout the , those Gates-funded New Visions schools grandly called the New Century High Schools. It described how the creation of these schools had led to worse conditions and more overcrowding for those students left behind in the large schools who shared their facilities, and/or those who had been diverted to other already overcrowded schools nearby. And it pointed out how these excluded students were far needier academically than those who had been recruited for the new small schools:

Here is an excerpt from my summary:

“By gaining access to student records, the [PSA] analysis substantiates what DOE officials have long denied – that these schools recruit students with better scores, attendance, and overall records than the population from which they are drawn. See for example the recent [Sept. 2005] NYC Partnership report -- which misleadingly compares NCHS students to the average student citywide.

As the Policy Studies report points out, "These citywide comparisons are of only limited usefulness, since [this] initiative is intended to improve education opportunities and outcomes for students who might otherwise attend some of the city's most troubled high schools." Thus their evaluation properly compares the earlier records of students at the new small schools to those attending neighboring or host comprehensive high schools.

The students at the small schools had eighth grade math and reading scores significantly higher than their peers in the comparison schools; and 97% of them had been promoted in the prior year, compared with only 59% of the students at the comparison schools. They had better attendance records (91% compared to 81%), and were less likely to have been suspended. They were much less likely to need special education services. Only six percent of NCHS students had IEPs, compared with 25% at the comparison schools; and none of the NCHS special education students had the most serious disabilities. Indeed, teachers at the new small schools praised their principals for "recruiting more high-performing students".

I also pointed out that these schools did appear to be doing a better job keeping their students engaged – something ignored by the recent exposes – but not because of the size of the schools, as New Visions and the Gates foundation claim, but primarily because of their smaller classes:

While the students attending small schools maintained their previously good attendance, even the subset of students who previously had good attendance who enrolled at the larger high schools experienced a 10% drop in attendance in 9th grade. And while 6% of NCHS students transferred schools, and 10% were discharged from the system entirely, the transfer rate among incoming students at the larger schools was 14% and the discharge rate was 20% -- showing that more than a third of these students departed from the larger schools each year. …

Why were the new small schools more successful at keeping their students engaged? Students reported that their teachers were able to know them well, give them individualized instruction and help, and provide lots of attention in and out of class. As one pointed out, "the teachers I have had at other schools never knew me."

While class sizes at the larger high schools average 30 students or more, class sizes at most of the new small schools were between 13 and 20 students, as pointed out by the first year evaluation. The fact that these schools provided much smaller classes was noted by students themselves in surveys as their most valuable quality. As a result, “Teachers listen to you and get your opinion.” “In a normal high school, they don’t talk to you when you have a problem. They don’t care.” Another student said, “Slipping through the cracks? Not at this school!” Indeed, without smaller classes it's hard to see how these schools could succeed in their mission at all. …

If you take higher achieving students, and give them smaller classes, it should be no surprise to anyone that they will do far better and graduate in larger numbers than the lower-achieving students left behind in classes of 30 or more, attending overcrowded schools on double and triple shifts.

In the New Visions interim report there is a timeline in which by 2010, "innovative educational methods from NYC's small high schools" are supposed to "improve teaching and learning at the city's traditional high schools." This is critical, since even if its ambitious goal is achieved of 200 new smaller schools, fully two thirds of NYC students will continue to attend larger high schools.

As the smaller classes in the small schools appear to be their most successful elements, without a plan to eventually reduce class size and provide more individualized help to all high school students, it is difficult to see how this will ever occur.

As one parent recently asked, where did all those students who once attended Evander go? I wish I knew. Probably into the great ranks of the desaparecidos -- those thousands of poor souls who each year, magically disappear from the system, without being counted as dropouts.

My more recent City Council testimony from last November is here, with more about how the new small schools not only excluded our neediest students, but also provided them with much smaller classes -- and how the administration has no plan to deal with the increasing inequities of the system it has created.

See also our earlier post about the Fund for Public School's deceptive ads that claim class sizes have been reduced in our schools -- and how this organization, which was founded to provide more resources and programs for students in our turned into a PR arm for the Mayor's political image.

The numbers aren't as flushed out, but this is from a full year earlier.

More numbers are in the comments of this post,

But in the Bronx we knew they were manipulating the numbers, both to create failure in large schools and to create the illusion of success in the mini-schools.

The DOE has created two new smaller schools at the Lafayette Campus. They presently occupy the entire second floor. Recently one of the principal's from the Leadership School visited Dewey HS a few blocks from the Lafayette Campus. She went to try and recruit students to this new small school. The two schools have less than 100 students total. And fewer numbers in attendance. All this while local senior high schools such as Dewey, FDR, Fort Hamilton, and Lincoln are busting at the seams. They are manipulating more than numbers, they are harming students at the expense of their initiative which is destined to succeed no matter how many students are left behind.