Why our kids need their cell phones by Dorothy Giglio 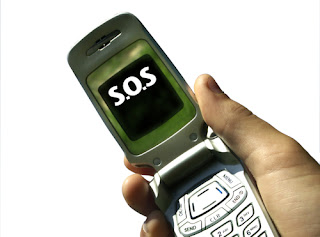 I recently received notification from my elder son's college that they were setting up an "urgent notification system" which would allow them to send out emergency information to students, faculty & staff in a variety of ways, like text messages, phone calls and instant messages.

This system was set up as a result of the Virginia Tech shootings and the recent gun incident on St. Johns Campus. The school recognized that we live in difficult times and that it was their responsibility to see that their students and staff were protected to the greatest extent possible.

While our colleges recognize the dangers today and the manner in which modern electronic communications can be used to try to minimize them, It is unconscionable that our Mayor and Chancellor continue their irrational ban on cell phones. It is not, as they are so fond of stating over and over, that parents just want to discuss with their children the dinner menu each day.

Though I pray that we never have a real crisis in any school, even for the purposes of the citywide train delays and shutdowns from flooding as occurred recently in Queens, or the gas line explosion in over the summer, large number of traveling kids could certainly benefit from a message warning them of these emergencies.

We have tried so many ways, through the courts, the City Council, etc. to overturn the ban. Though our colleges and universities and private schools are all taking steps to ensure the safety of their students, the people who should most care about the welfare of our public school children seem to not care at all.

Wonderful post on the necessity for cell phones. Here is a resource that may aid you in your efforts.