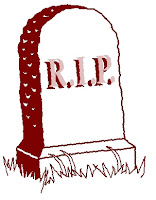 Mayor Bloomberg and Chancellor Klein have announced two new arrangements with the teachers’ union (UFT) that, combined with their policy initiatives in recent years, will be recalled in future years as the last nail in the coffin of the NYC public school system. In the end, it appears that Randi Weingarten, President of the UFT, has finally succumbed to the Dark Side rather than preserve any sense of the City schools as a truly educational enterprise.

The first of these new programs is the City’s agreement with the UFT to pay merit bonuses to teachers in low-performing schools that make the greatest gains in student test scores. Now not only can principals and students receive cash rewards for high scores, but teachers will share the wealth as well, beginning next year at the $20 million mark.

Anyone who is able to recall the criminal consequences of Sears Auto Shops paying their mechanics incentive bonuses in the early 1990s based on the charges they generated from customers can foresee what’s coming. Those Sears mechanics did only what was natural – they “discovered” thousands of unneeded repairs and generated tens of millions of dollars in fraudulent repairs. Incentives drive behavior, and badly designed incentives often drive single-minded bad behavior that creates unintended consequences.

In this instance with the DOE and the UFT, only the naïve can fail to see the consequences – more test prep, more test prep, and more test prep – and an institutionalized encouragement to cheat. Not to mention that this system of rewards will be unfair to those teachers who are left working in overcrowded schools with class sizes of thirty or more compared to their colleagues lucky enough to teach in smaller classes. Nor that one year’s test scores are statistically unreliable indicators of student learning.

Within a decade, our public school teachers will be mostly test prep functionaries, our schools subsidiaries of Kaplan or Princeton Review, and the kids won’t be any better off. Our school system is looking more and more like that of mainland China every day, where success in standardized testing determines a school’s reputation and ranking, a principal’s standing, a teacher’s rating, and a student’s future at every stage of education. Of course, as anyone who has taught in China or worked with Chinese college graduates knows, these students are robbed early in life of their creativity, insight, inquisitiveness, or interest in learning. And no wonder: their entire knowledge base has been developed for one purpose and one purpose only – success on standardized tests.

The second announcement, another handout from the Mayor to the UFT, will allow teachers to retire five years earlier with full pension benefits. Combined with the increased emphasis on standardized testing and a new budgetary system (ironically called “fair student funding”) that dissuades principals from retaining higher-paid, more experienced teachers, the handwriting on the wall is clear. Ten years from now, the NYC public school teaching population will consist even more of young and inexperienced teachers.

Even more important, as a former teacher, I recognize the implications for the classroom. Anyone who sees teaching as fun, challenging, and an opportunity to motivate and experiment, anyone who teaches as a vocation to inspire students with understanding and enthusiasm, anyone who teaches to see kids’ eyes light up with new knowledge and appreciation for the world around them – what would you do except give up and look elsewhere for the kind of teaching you want to do? Our schools’ best teachers will leave the profession or migrate elsewhere, to private schools or the suburbs, where originality and joy in their professional calling will still have a chance to thrive.

Any notion that NYC public schools can be a haven for creative learning experiences has been shattered by these announcements. Sadly, the only parents who will keep their children in this system are likely to be those who lack the financial means to escape. Randi Weingarten’s agreement to these initiatives is a stunning betrayal of public school children and their parents for the sake of more money in her members’ pockets. Future generations will survey NYC’s gutted public school system and recall October 17, 2007 as a day of infamy in the history of the UFT – and this city.


UPDATE: Check out this excellent September 2005 Boston Globe article on merit pay for teachers uncovered by Leonie Haimson. Curious how the Boston Globe can understand the problem while the Daily News and the New York Post are busy fawning over the Emperor's new clothes and the NY Times considers it beneath themselves to comment.
Posted by Steve Koss at 10/18/2007 10:15:00 AM

I was at the Del. Assembly yesterday when Weingarten announced the 55/25 and the merit pay initiatives. She bypassed all the issues that were on the agenda so that she could sell these to the assembly "hot off the press", as she had just come from a press conference.

Many seasoned teachers were horrified. She did a hard sell, and the uninitiated and gullible went right along with her.

I tell you it really sickens you to think not only of the compromises teachers will be making for the sake of test scores, but of the corruption and infighting that's bound to ensue from this merit pay project. Nothing good will come of this.

It is really time for a massive protest. The future is really grim, and they can no longer justify the authority we've let them have to make these horrible decisions for our kids' futures.

The 25/55 deal was promised as part of the 2005 contract, the one that cut my prep time in half. And it's actually 27/55 for new teachers, (who will pay through the nose for this) so the title is typically disingenuous.

It's preposterous that Ms. Weingarten and her patronage mill allowed the mayor to charge us twice for this, by instituting a merit pay scheme that will only increase the fudged statistics that have typified Mr. Bloomberg's reign.

The most important thing to the UFT aristocracy is to portray Ms. Weingarten as a reform-minded leader, so as to advance her career and allow another stuffed suit to move up in the machine's ranks.

When your building is at 250% capacity with classes regularly hitting 38, and there's literally no other place to put them, the hypocrisy of the publicity hounds who run this system is all too obvious.

Thanks for writing this.

At the Delegate Assembly someone asked to delay a vote and the delegates,--representatives from virtually every single school said no. Some partisans would like to substitute their judgement for democratic principles. They believe they are always right---no matter how many disagree and walk away from their "lobbying" at Delaget Assemblies and elsewhere. So much for their respect for democracy. They are the ones spinning when the facts don't suit them. They just mischaracterize. Or downright lie.