Who controls our schools:principals or the police? 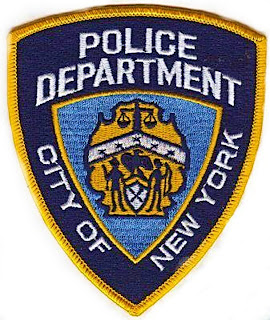 We asked Sally Lee of Teachers Unite to contribute this entry to our blog:

The arrest of the student and principal at East Side Community High School set the stage for yesterday’s City Council hearings on school safety and NYCLU news conference. The focus of the hearings was the complete confusion over who has authority in public schools—principals or school security agents.

When Kathleen Grimm, the DOE Deputy Chancellor, claimed that principals have the power to remove metal detectors from their schools, there was audible surprise. Even the President of the Principals’ Union, Ernie Logan, stated that he had never heard that before.

In the afternoon, the union representing the security agents held their own press conference an hour before the NYCLU’s conference yesterday, and pushed the idea that these agents are victimized and assaulted by students.

The press coverage focused on the DOE and NYPD claim that once a student performs a criminal act, it is under the jurisdiction of the police. This begs the question: How often are school security agents escalating non-criminal incidents into violent conflicts?

Again, the enlightening news came from inside the hearings, where students gave a clear picture of regular harassment. One boy talked about a school security agent forcing him to stop eating lunch so that he could take him directly to the dean’s office, while cursing at him, all because of a completely false accusation—which made him miss half of his next class. One girl spoke of being forced to skip a class while sitting in a “holding room” which is where students are made to stay when even one minute late.

The NYCLU reports that the NYPD has assigned more than 5,000 school safety agents and at least 200 armed police officers to the city’s public schools. This massive presence would make the NYPD’s school safety division the fifth largest police force in the country—larger than Washington DC, Detroit, Boston or Las Vegas. And yet, there is no effective mechanism to hold school safety agents accountable for misconduct.

At yesterday’s news conference, youth from the Urban Youth Collaborative; Lepore Felice, the principal of Urban Assembly School for Careers in Sports; Jamaal Bowman, the dean of a small school inside Martin Luther King Jr. High School; and I discussed the importance of investing in proactive solutions to keep our schools safe including: small class sizes; rich after-school programs; peer mediation initiatives and increased support services.

Critics will say that cops are needed in schools to keep students in line in these violent times. Bowman, quoted on WNYC this morning, highlighted the fact that police are heavily stationed in schools with almost 100% Black and Latino students. Race and income is the main factor contributing to the hostile use of policing in our schools, but the NYPD and Department of Education will never own up to that scandal.

Teachers Unite for Student Safety is an initiative of Teachers Unite advocating for supportive services in schools rather than the use of aggressive policing strategies. For more on the hearings, see the NY Times blog.

“A primary finding of the hearing was that the 1998 MOU [Memorandum of Understanding] that assigned responsibility for school safety to the NYPD expired in 2002 and has not been renewed. Furthermore, a joint committee called for by the MOU to "ensure the effectiveness of school safety" and prepare annual evaluations of the school safety program was never convened. The only outside oversight of the school security program, according to DOE and NYPD, is conducted by Mayor Bloomberg."