Grade inflation and lower standards at the DOE: what else is new? 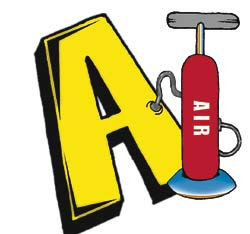 Today, there were lots of articles about the inflated high school grades (the so-called “progress reports”) which turned out to be almost as inflated as those for elementary and middle schools. 75 percent of NYC high schools got As or Bs, and only one school got an F.
Yet as I pointed out to WNYC radio, more than half of our high schools are extremely overcrowded, with the largest class sizes in the state, and among the lowest graduation rates anywhere. According to the Daily News, at more than half of the schools that received the highest scores, less than half of the kids graduate with a Regents diploma.
Moreover, there seems to be a double standard and favoritism at Tweed. DOE says they will close down large high schools that did not do well, but the one high school that got an “F”, Peace and Diversity, will be provided with more help and resources. Is that because it happens to be a small school, founded in 2004? And the DOE has a vested interest in promoting the new small schools they helped start over our large high schools, those schools that in fact, their own policies have helped destabilize?
See the response in the Post by the Michael Mulgrew, UFT head: “Mulgrew also bristled at a chart produced by the city showing that the smaller high schools opened under Bloomberg since 2002 were faring better than others, even as several of the newer schools rated D's and the lone F.
"I don't like when you try to draw distinctions when you're responsible for all of the schools but you have a vested interest in trying to tell people that the schools you created are doing well," he said.”
Unfortunately, none of the articles make the connections between these grades, the threat of school closure, and all the cheating and grade tampering scandals that have erupted in high schools in recent years. And none make the point that the cut scores are arbitrarily decided upon by the administration – so in essence, the Chancellor and his minions decide ahead of time exactly how many grades there will be in each category, easily providing the DOE with yet another way to congratulate themselves while closing down certain schools to grab their real estate.
Most interesting is the following finding, from the NY Times: “The school environment grades, which are based on attendance and results of student, parent and teacher surveys, and make up 15 percent of the grade, showed the steepest decline. This year, 55 high schools received a D or an F in school environment, compared with 12 last year.”
What’s going on here? Are the pressures of the high stakes accountability system tearing our high schools apart? If so, it wouldn’t be altogether surprising.
Posted by Leonie Haimson at 11/17/2009 10:16:00 PM