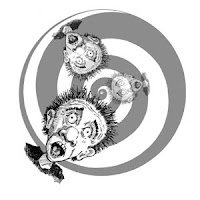 November 7, 2009 (GBN News): A hypnotherapist hired as a consultant to the NY City Department of Education may be doing more than originally reported, GBN News has learned. The consultant, William Howatt, was hired for $375,000, ostensibly "to save money" and to improve employees' "ability to adapt to change". However, photo archives unearthed by GBN News seem to show Mr. Howatt appearing, Zelig-like, with political figures such as President Obama and the late Ted Kennedy, as well as media commentators like Nicholas Kristof, David Brooks, and Jonathan Alter.

J. Fredrick Runson, professor of psychiatry at Manhattan University Medical School and an expert on hypnosis and mind control techniques, told GBN News it is no coincidence that every influential figure seen with Mr. Howatt has furthered, in one way or another, the Joel Klein/Arne Duncan/Michele Rhee concept of school reform.

“I’ve often wondered how such seemingly well-informed people can be so clueless about education,” said Dr. Runson. “They are all smart individuals who generally base their opinions or policy on solid empirical evidence. But around education issues, it’s like they’re zombies. Each one has promulgated an agenda without even bothering to look at the facts. Charter schools, pay for performance, bogus testing – there’s no evidence that any of this helps children learn, but they're pushing it anyway. I’d bet my bright, shiny pendant that this so-called ‘new age guru’ is hypnotizing these guys without them even knowing.”