Diane Ravitch on the politicization of the charter school movement 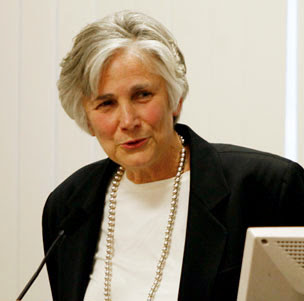 According to Crain’s Insider, the charter school industry is discussing whether to finance an opponent to Harlem’s State Senator Bill Perkins, a fervent opponent of further charter school expansion in his district. (See this article in the NY Times and this interview with Perkins on Democracy Now.)

Remember how Klein raised $1 million from the Broad foundation for Eva Moskowitz’ chain of charter schools, telling the head of the foundation that “she’s done more to organize parents and get them aligned with what our reforms than anyone else on the outside”?
Here is a comment from Diane Ravitch on the latest news:
Imagine the outrage in the tabloids if a public school principal or a group of public school principals announced that they planned to launch a political campaign to eliminate an elected official whom they didn't like!
The use of charter students and parents as political shock-troops should be considered a stain on the reputation of the charter school movement. It reveals that their interest is political power and money, not education.
Posted by Leonie Haimson at 3/13/2010 04:58:00 PM

Interesting what happened to Celenia Chevere when her parents were engaged in supporting their school. She was a brilliant educator who opened a chain of successful public schools where parents were highly engaged.

Teahers should have a fundraiser for Perkins.