The Broad inside game 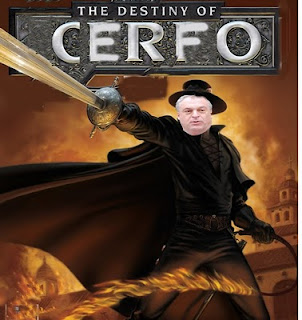 Check out this posting on “The Broad Effect” , about how the Broad Foundation influences educational policy by inserting graduates of his Broad Superintendents Academy into top positions at urban districts from throughout the country, to pursue its privatization agenda, sometimes provoking controversy in the process.

Just as the Gates Foundation plays the "outside game" by putting its people inside the US Dept. of Education, where they can use the Race to the Top funds to bribe states to adopt their policies, Broad plays the inside game.

The Rhode Island State Education Commissioner Deborah A. Gist, who recently ordered the firing of the entire teaching force of Central Falls HS, is a Broad graduate.

Here in NYC we have much experience with the grads of this fabled institution. The first was Chris Cerf, Class of 2004, formerly head of Edison charter schools, who became Deputy Chancellor for “Strategy and Innovation” at DOE, then moved over to the Bloomberg campaign, and is now is selling science curricula in Brazil. (See the inspired illustration above, thanks to David Bellel; sadly Cerf now seems to be excised from the “featured” alumni on the Broad website.) Also:

Broad doesn’t stop there. He also gives out his award each year to the top urban school district; conveniently awarded NYC in 2007, despite stagnant gains on the NAEPs, shortly before Bloomberg embarked on his campaign to renew mayoral control. And Broad is a generous donor to charter schools in NYC and elsewhere.

Chancellor Klein persuaded Dan Katzir, the head of the Broad Foundation, to give a million dollars to Eva Moskowitz's chain of charter schools, so she could create an army of parents who would support their initiatives, writing: “she’s done more to organize parents and get them aligned with what our reforms than anyone else on the outside.”

The Times ran a recent rather unflattering profile of Broad . In it, Roland Fryer, whose “institute” at Harvard and large scale experiments in student bribery are funded by Broad: “For me there has been no downside....But I think if you’re not on your game, Eli will crush you." (For more on Fryer's Broad-funded experiments, see here, here, here, and here.)

Bribery seems to come naturally to these guys. More recently, Katzir has admitted that they use an unusual method to "place" their superintendents -- promising cash-strapped districts that in exchange, they will cover part of their salaries.

The Detroit Public School Board has just unanimously voted to file a lawsuit against Robert Bobb, the "emergency" manager of their schools and a Broad graduate, saying the extra $145,000 he receives from the Broad foundation and other "unidentified philanthropic organizations" represents a conflict of interest.

"Because Bobb has sole and virtually unreviewable control over the $1.4 billion DPS budget, it is especially dangerous to allow the Broad Foundation and similar 'venture philanthropists' to fund one-third of his salary," according to the complaint.

In Los Angeles, Broad is paying the salaries of top school officials including Matt Hill, who is “overseeing the district's high-profile effort through which groups inside or outside L.A. Unified could take over new and low-performing schools."

Responds Dan Katzir: "It's common for the foundation to match people it has trained with districts, and initially to help pay for it."

Can you imagine if the people running our public hospitals were trained by the drug companies and had their salaries supplemented by them? There would be justified outrage. But when it comes to our public education system, anything goes, and conflict of interest is the name of the game.

At this point, Broad via his foundation, is the primary locus.