The court decision on the closing schools, and Klein's ongoing defiance of the law 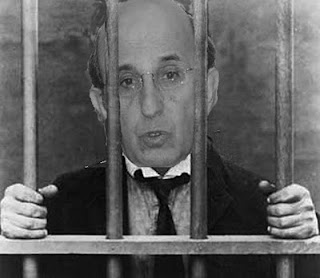 Yesterday, Judge Joan Lobis of the State Supreme Court ruled that Chancellor Klein's actions to close 19 schools were illegal and should be blocked.

The decision to close these schools has been met with tremendous protest from parents and teachers alike, because of the devastating effect on their children, their communities, and the public school system as a whole.
Neverthless, the Department of Education sent out a message late Friday that the high school admissions letters would go out anyway this weekend, excluding all the schools originally slated for closure.
That is, none of these schools would accept students, even those 8500 students who had listed these schools as one of their choices. Instead, they would receive another letter, "stating that, should the schools remain open, they may select one of them."
Clearly, Klein is trying to ignore the court decision and as a fait accompli, close these schools down no matter what the court says, by starving them of students.
This is similar stratagem to what he did when he lost the court case to close zoned neighborhood schools and replace them with charter schools , because he refused to ask for the mandated approval of the local Community Education Councils--- and then sent letters to all the parents at these schools anyway, recommending that they take their kids out of these schools.
If Klein goes ahead with this plan to send out acceptance letters without the schools he had proposed to close among them, he should be held in contempt of court and thrown in jail; not to mention disbarred.

The arrogance and hubris of those who run our schools never ceases to amaze, and their utter disregard for the views of parents, the law and the truth itself. They have gotten so used to having their way, no matter how arbitrary and irrational , that they act as though immune from all external limits.
The court decision is based on three, clear findings of fact:

1. The Educational Impact Statements required by law were cursory and inadequate. Specifically, they "failed to provide any meaningful information regarding the impacts on the students or the ability of the schools in the affected community to accommodate those students" shut out of these schools.

For example, they did not show where students enrolled in LYFE centers for students who are pregnant or those with small children might find similar programs targetted to their needs elsewhere.

2. Lack of public notice: the DOE failed to provide hard copies of these proposals to CECs, Community boards, Community superintendents, and SLTs. Simply posting them on the DOE website was insufficient.

3. Lack of community involvement: The DOE failed to hold joint hearings with the School Leadership Teams and Community Education Councils of the affected schools, as required by law. Some members of these groups were invited to participate in hearings after the fact; but even then, had no role in running the hearings or devising the way in which they would be held.
Unmentioned in any of the articles so far is that the court decision should nullify all the co-locations of charter schools and other schools approved by the Panel on Educational Policy over the last three months, because of similar deficiencies in the process.
Here is the statement we sent out yesterday, after the court decision was released:
Today’s court decision is an important step forward for the rule of law. It is also a confirmation of the necessity for a genuine public process to inform and improve arbitrary and rash decision-making at the Department of Education.

So far, the process has been a mockery; with no attempt to involve the parents in a meaningful way, or to provide the sort of careful analysis that should precede these critical decisions.

In January, Class Size Matters submitted detailed comments on the school closings, pointing out the utter inadequacy of the educational impact statements, here.

Department officials should take another look, perform the careful scrutiny required by law, and for once, involve the public in the process of decision-making, before taking such ill-considered and illegal actions.

If they did so, they would find that in many cases, it would be far better to support and improve these schools, rather than close them down.
Posted by Leonie Haimson at 3/27/2010 02:13:00 PM

Great picture! It would make a wonderful fund raising poster. Reminds me how Norm had predicted years back that Klein looked like someone who would be led out of Tweed with a trenchcoat over his head.

Totally unrelated, but is that Joel Klein's head superimposed on Buster Keaton's body?

That looks like a picture of Buster from one of his two reelers - perhaps "Cops"?

Rats! I was hoping it was the real Joel Klein. Hope Buster's not too insulted.

The rot continues to flow down from on high right to the school level. Forget about rule of law, transparency, even fairness.

Corporate ethos: whatever you can get away with.

Know that principals all over the city are getting the message when Klein behaves like this. Continue to ignore the union contracts and will of the parents of your students. If only we had a union willing to fight and more parents willing and/or able to defend their children, and lastly, more citizens willing to do what it takes to demand democratic schools.

Yep, that's a still from the opening scene of 'Cops'. The bars turn out to be the gate to a mansion, and the first line is from Buster's love interest on the wealthy side of the gate, "I won't marry you until you become a big business man."

When will boorish, narrow-minded, ill-educated people realize that guiding, broadening and enriching minds CANNOT be run as a business (especially one full of breaches in ethics, law, conscience and reason)? You don't put price tags on humanity or product codes on pupils.

NYC/NYS is in a state of oligarchy!
The rich donating to political candidates along with the ugly allowance of mayoral control of schools is destroying our communities along with our public school system. Bloomberg and Klein have no clue about running a school system. They do know how to screw people and change laws and pay off / buy out senators, congress and city council members to get their way.
They have broken so many laws. No one is saying anything! Finally, the UFT decided to do something constructive and challenge these very, very evil people. With thousands crying out in our society, marching in the streets, students and teachers at meeting until the wee hours of the morning and these people turning a deaf ear to them, we are moving into a very sad time in our city's history.
Bloomberg is all about money and power. He could care less about the people. He has manipulated test scores, crime rates and every other number for his own benefit. He and the rich buy out community organizations, as they continue to do in Red Hook, Brooklyn, for their own gain. It has nothing to do with people or caring for children or choice of education. Maybe, just maybe, those in power who have any will of their own left will OPEN their eyes to this and stand up for democracy for our poor city? But, as Klein fights back and goes against the judge, they will break more laws. Bloomberg's media friends will only print his agenda and NYC will get screwed even more. It sure is a terrible time to be a NY'er.

The closing of US Public schools is the premeditated plan to fill NEW YOUTH COURTS AND JAILS: