The arrogance of Bloomberg and Klein, according to Matt Bromme 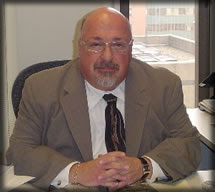 At the City Council hearings yesterday, Ernie Logan, head of the principal’s union, said that according to principals, the first time their superintendent had ever visited their schools this year was to tell them that their schools were being closed.

This is despite two lawsuits, two consent decrees, and strengthened language in the new governance law, all supposed to make superintendents the manager and the head support officer for districts once again.
See these observations from Matt Bromme, former superintendent of District 27 in Queens:

In a system of over 1 million children, there will always be dysfunction.

What is the tragedy is that instead of looking into improving school boards the Mayor chose to look at every school board member as a potential criminal and someone whose mental capabilities were below his and the Chancellor's. In their desire to improve education, they took the stand that "we rich and influential people," will take care of education because you the parent are not able to help your school improve.

There were a number of school boards and members who were dedicated to making their district a better school community. There were another group of school board members were interested in only themselves and most of them became members of the City Council or the legislature in Albany.

Superintendents, who had districts that were manageable were removed and replaced by Regional Superintendents who did not have manageable regions. Therefore the Chancellor created a second reorganization, and then a third and now a fourth. Bill Thompson stated that as a City Comptroller, he would never invest city funds in an organization that went through so many reorganizations in such a short period of time.

So now, we have superintendents without staff or power. We have principals who do not look at education as a lifetime position but a stepping stone to another career. We have the Tweedites who stay a year or maybe two and then disappear, none of whom even know the outer boroughs.

We have schools who have abandoned the arts, history and science in order to test drill students until they are bored and turned off to learning. We do not allow trips to museums or the theater until after testing is completed.

We can sell Doritos, but we will not allow parents to sell brownies.

Diane Ravitch is right. We need to educate the "whole" child and not just focus on two subject areas via test prep. Children no longer read for enjoyment. Children no longer study math for long term use. They read and answer math problems solely to pass two exams that make or break their school's future.

Thank you Mr Broome for expressing the WHOLE story and the TRUTH . As a 22 year veteren of the DOE I resent the fact that I am considered a failure as a teacher simply because I am at the top of the pay scale. I have taught at Jamaica HS for 20 years and love my job and love the kids and have been successful with many of them .

I have been penalized for working with the more challenged youth of our city .... and am not looking forward to spending my last 8 years as an unhirable ATR ...the very symstem that was created by the current administration .