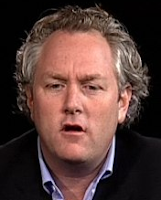 In a spectacular flameout on her first attempt as a blogger columnist for Huffington Post, new NYCDOE Director of Communications Natalie Ravitz has already demonstrated herself a worthy disciple of the Andrew Breitbart school of unprincipled journalism.

In her inaugural HuffPost column, Ms. Ravitz replies to criticism from historian, author, former Assistant Secretary of Education and now NYU Professor of Education Diane Ravitch regarding the drastically reduced 2010 NYS Math and ELA achievement levels of NYC's public school students. While she does not state the specific source of that criticism, it seems likely that Ms. Ravitz was responding primarily to Diane Ravitch's August 4 guest posting, "Mayoral Control Means Zero Accountability," on the Washington Post's "The Answer Sheet," moderated by Valerie Strauss. Regardless, Ms. Ravitz's first effort is distinctly amateurish and vindictive, astonishing for the low road it takes in attacking Ms. Ravitch personally, and establishes Ms. Ravitz less as a Director of Communications than as Joel Klein's pit-bull-style attack dog.

In her blog posting, Ms. Ravitz accuses Ms. Ravitch of "oppos[ing] testing and accountability systems -- demonstrably not true from Diane's own writings. She asserts that Ms. Ravitch and others are "falling all over themselves to trumpet our kids lower scores," as if those of us who oppose the Bloomberg/Klein "education reforms" are actually celebrating failures by our city's children -- not even worthy of a reply. She selectively excerpts a three-year-old piece Ms. Ravitch wrote for the NY Sun to suggest that Diane views NYC public school kids as "slackers" -- again, not to be dignified by a responses. She asserts that Ms. Ravitch wants to do away with all tests -- ridiculous. She argues that Ms. Ravitch "continually chooses to disparage their [the students'] accomplishments" rather than recognize that far too much of those supposed accomplishments as measured by the NYS exams has long been known to be bogus. And on and on and on ad nauseum in a way that truly merits the nausea part of that term.

The most delicious irony in Ms. Ravitz's embarrassing screed comes in her fourth paragraph: "It is easy to hurl insults from the sidelines." Well said, Ms. Ravitz, and even better demonstrated from your six-figure seat on those sidelines. What Ms. Ravitz has also demonstrated most effectively is her willing adoption of the long-standing Klein policy of attacking the few critics they can't afford to ignore, either personally or by warping their supposed positions into outlandish and unrecognizable sound bites.

Ms. Ravitz, painfully new to her job as a replacement for David Cantor, brings no observable educational qualifications to her position beyond perhaps once been a student in a school somewhere. She did work in press secretary and communications capacities for Senator Barbara Boxer, and prior to that for Senator Paul Wellstone's re-election campaign. Yet despite working with two of the Senate's most renowned and respected liberals, remarkably little of their honesty and respect for others seems to have rubbed off on her.

Ms. Ravitz's chief career notoriety prior to this appears to having been one of the twenty lucky folks who made Politico.com's "D.C.'s Most Eligible Singles" list last September (along with Maureen Dowd and Janet Napolitano!!). Here's Politico's gag-worthy description of Ms. Ravitz's qualifications:

Perhaps no other Senate staffer turns heads as frequently as Natalie Ravitz. Even so, this blonde California native has yet to find Mr. Right. As communications director for Sen. Barbara Boxer (D-Calif.), Ravitz combines a smooth, cat-like demeanor with all the toughness demanded of a Capitol Hill communicator ... and the mixture is potent enough to drive her male colleagues dizzy.

Even better, check out the D.C. "P.R. babes"(one of whom is indeed Ms. Ravitz) in the story "DC is full of hotness. Especially in PR!" at the appallingly unprofessional DC This Week. Just what the NYC public schools need most right now. By the way, how does a girl from New Jersey (as stated in the DOE press release announcing her hiring) become a "California native?"

Ms. Ravitz's first noticeable effort here in NYC, a shameless diatribe on Huffington Post, is a hideous mix of Andrew Breitbart's duplicity, Ann Coulter's hysteria, and Sarah Palin's cluelessness. It also shows quite clearly that she is nowhere close to ready for prime time in the Big Apple. Perhaps she should take her "eligible singles" status back to D.C. where Michelle Rhee could hire her to carry her infamous broom for her.

For another take on Ms. "Andrea Breitbart" Ravitz's HuffPost fiasco, check out Gary Babad's satire on this site. Be sure also to read the many comments (49 as of this writing, unanimous in support of Diane Ravitch) on HuffPost following Ms. Ravitz's screed.

It is important to note here as well that neither Ms. Ravitz (however entertaining) nor Ms. Ravitch are the real issues or the real story. THAT continues to be the abject failure of, and prospectively irreversible injury from, the educational policies, programs, and actions of this schools chancellor under this mayor, and their incessant, spare-no-expense effort to spin fool's gold out of educational straw.
Posted by Steve Koss at 8/08/2010 10:14:00 AM

View the actual videotape posted by Breitbart. It is very clear that MS Sherrod is not a racist. The White House did someting very stupid to her and has tried to blame Breitbart and Fox News, and Sorry White House, Fox news did not air the story until after you fired her and the video does not show her as a racist.

Massive Irony: I read a transcript of Joel Klein being interviewed about 5 years back or so. He was quoted as saying, "Diane Ravitch, who knows nothing . . . " [I believe that's how he said it. 'knows nothing' were definitely his exact words as quoted.] Klein was being asked about running for mayor of NYC assuming continued 'success' as Chancellor. Wish I could find that transcript on the web again.

No silver bullet? That's probably because education is populated by different beasts. Notice Klein and Bloomberg don't reflect in mirrors of accountability or legality, or common sense or decency. We must drag them ranting and editorializing into broad daylight and pull their Tweed jackets off of their heads. Expose them publicly to the sober light of truth.

My jaw actually dropped when I read the line about Diane Ravitch being "on the sidelines." Does anyone at the moment have a better handle on what's really going on in education than Diane Ravitch? She has all the qualifications that Joel Klein lacks.

I look at it this way, the Klein Bloomberg administration knows that the worm has turned and is carrying a shotgun. Keep reminding the voters about term limits and test scores every chance you can. That is why they are responding as Klein stated in his e mail recently blow will follow soon. That from a large blow hole named joel.

Let's not take the heat off these guys - Klein must go. We should be demanding his resignation.

Now let's see;
1. joel klein has about as much classroom experience as anyone of the billionaire boys/girls club.
2. hires someone who can make up their mind on where they were born or lived.
3. takes everything and anything out of contrast and tries to smear an honest attempt to improve the system. In short uses out and out lies to "muddy the waters".
4. Is paid more than a teacher with 22 + years.
What's the problem? It's just business as usual in the Bizzaro world of bloomberg & klein LMP(Limited Mind Partnership).

This kind of pushback would be much more effective if you just left out all the ad hominem attacks of your own. It comes off as very juvenile, and excessive. You don't need to scream that she's unqualified, or infelicitous.