Bring Back the Traditional, One-Hundred-Point Exam? 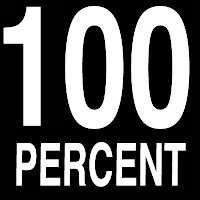 Much of the dismay over the recent downscaling of students' ostensible proficiency and academic readiness has come from parents, community leaders, and others who were not intimately familiar with the underlying metrics of the NYSED and Regents tests.

For probably most if not all of the last century, most public school grades have been measured on a scale of 1 - 100, with 65 being the normal "cut score" for passing (i.e., content proficiency, albeit rather minimal at 65). This system has been the height of simplicity, easily understood by virtually one hundred percent of the public. If a son or daughter brought home a test score of 78, every parent know EXACTLY where the child stood on the material tested.

Ask the typical NYC/NYS parents of elementary or middle school children today how their kids are doing as measured by the NYS Math and ELA exams, and many have no honest idea beyond, "He's a 2" or "She's a 3." Not only are these reductionist numbers short of meaning, far too few parents have any idea how they were derived. At the high school level, the 1 -100 scoring scale appears on its surface to have been retained, yet how many parents have no idea that their child's 70 on the June 2o10 Algebra I Regents exam was really a 41% (36 raw score points out of 87 possible)? Up until the late 1990s, that 70 really was a 70%, and every parent of every student I ever taught at that time knew EXACTLY what it meant. Then NCLB came along, and with it endless obfuscation and obscure manipulation.

Present rethinking of the NYS examinations could have provided, and perhaps still could provide, an opportunity to bring some much need simplicity and clarity to these measurements. The necessary action is disarmingly simple:

SCORE EVERY STANDARDIZED EXAM ON A 100-POINT SCALE, WITH 65 AS PASSING WHERE SUCH A CUTOFF IS NEEDED (AS IN HIGH SCHOOL EXAMS).

Even the proficiency levels would no longer be necessary, since parents already know their child's achievement level if he or she socres an 82, honestly measured. If a four-division proficiency scale is still required to satisfy President Obama and Arne Duncan, set those levels once and keep them there: for example, Below 65 is Level 1, 65 - 79 is Level 2, 80 - 89 is Level 3, and 90 - 100 is Level 4. At the high school level, all scale scoring of Regents exams should be eliminated and replaced with direct grading of exams on a simple, 100-point scale.

Yes, I admit that it's simplistic and perhaps even a bit naive, but why should simple and/or naive necessarily be bad? As things stand now, what parent can put any faith in the current measures? What parent doesn't believe that, following the latest round of changes announced by David Steiner(here and here), the same march toward inflated test scores and grandiose claims of progress won't simply restart, just using a different baseline?

Making it more difficult for "test experts" and other educrats to hide behind Wizard-of-Albany (and Wizard-of-Tweed) curtains while playing games with massive statistical databases no more understandable than Wall Street credit default swaps is certainly a worthy goal. Even more worthy is bringing public school parents back into the process by measuring their children's progress (at least as assessed in these instruments) in terms we all understand, relate to, and even respond to in the same, shared way. Giving parents honest, stable, and understandable diagnostic feedback on their children's academic progress would go a long way towards turning a much maligned, politically misused assessment system into a more useful and meaningful process.
Posted by Steve Koss at 8/09/2010 06:47:00 PM

You got my vote.

But then how could the statistics be manipulated to keep our graduation rates so high?

In math we've been complaining about this for years.

When the problems in the Bronx Science math department erupted, one of the problems was the AP demanding that NO test have 100 points.

Out of 100 points I give this blog post 100%. It would be wonderful to not look up the scores on the conversion table of lousy grades.

1) I presume you mean scale scores and not raw scores, right? I mean, you have to, because you cannot predict -- when designed and developing the test -- what raw score on this year's test or form will equate to a 75 on last year's test. So, I'll give you credit for intending raw scores.

2) Even if you mean scale scores, you still have a problem. A good thing about the NYS tests is the 1-4 system. It does not imply a precision that the tests cannot provide. It does not prend that there can be a meaningful 1% increase in a student's score. It also doesn't imply that there is some magic to getting 2/3 of the questions correct.

You are talking about perpetuating a sytem that we need to diminish and move away from. Without people understanding confidence interval and standard deviations, such a 100-point scale acutally misleads in very important ways. Unfortunately, it's not just average parents who don't understand this. Politicians don't. Policy-makers don't. Even most teachers don't.

So why not stick to a system reporting scale that can be easily explained?

You are not talking about a simpler system at all. It is not the least bit simplistic.

The thinking behind it, on the other hand? Well...

Yes! Absolutely. The 100 point system is what parents understand and we need to have them as our partners. DOE needs to stop keeping them in the dark.

It's obvious now that the 1-4 point system was created so that it could be easily manipulated and confuse.

good old fashioned percent combined with tests that are both reliable and valid is the only way to provide information to educators, parents and students.