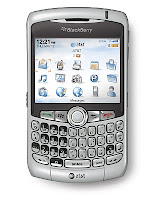 August 3, 2010 (GBN News): A controversial move by the United Arab Emirates to block most Blackberry services in the country may have repercussions in the New York City area. While the official claim is that the ban is for “security reasons”, Emirati sources told GBN News that the real reason for the ban is the fear that disgraced NY City Schools Chancellor Joel Klein might try to enter the country and take over the school system.

While Mr. Klein has tried to put a positive spin on recent revelations that his highly touted schools reforms are a fraud, Emirati intelligence sources have learned that he secretly plans to flee the U.S. to avoid repercussions over his disastrous educational policies. The decision to block all Blackberry access was largely made in the hope that Mr. Klein, a notorious Blackberry addict, would reconsider moving to a country in which his device would be all but useless.

There are signs that the panic over Mr. Klein’s plans to take his reforms abroad may be spreading. Both Saudi Arabia and India are now threatening to cut off Blackberry services as well, also citing security concerns. But sources in both countries say that, like the UAE, they are also trying to thwart a possible move by the Chancellor.

The fact that a Blackberry ban could cause disruptions to these countries’ economies points up the seriousness of the planned actions. “We are willing to take a significant short term hit to our economy,” one Emirati official told GBN News, “because if Klein managed to take over our schools, the impact on our kids’ education could harm our country for generations.”
Posted by Gary Babad at 8/03/2010 01:00:00 PM

Hey Sr. I invite you to my site to see all te good discount and news we have about blackberry news

I feel sad for the makers of the blackberry that they are involved in this mess because their services are great. Although, I also believe that such an act is overly exaggerated as well. There are other means to control such an immigration rather than banning a helpless product.