Joel Rose of the School of One returns...with a ruling that ignores the city's conflict of interest rules

Today, Rachel Monahan reported in the Daily News that the DOE is going forward with a contract for Joel Rose’s new company to run the School of One in NYC public schools. 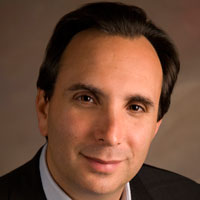 Rose devised and ran the “School of One” for DOE, a much-hyped online program to teach middle school math, starting in the summer of 2009.  Rose has had a pretty standard trajectory for a corporate reformer: he started as a TFA recruit, then worked for seven years at Edison charter schools under Chris Cerf, moved over to DOE as Cerf’s chief of staff in 2006, and started the “School of One” as a  program in a few NYC middle schools.
Along the way he got a law degree and trained at the Broad Academy for ambitious educrats.  He also benefited from the huge publicity machine of DOE, when the School of One was cited by Time Magazine as one of the best inventions of 2009, and the program subsequently won a $5 million Innovation grant from the federal government, without any evidence that it actually worked.
When in March 2011, Rose left the DOE to start his own company and spread his idea nationwide,  there was much speculation as to what his relationship with DOE and the existing School of One program would be. At the same time, a  NY Post article revealed that the DOE’ was “slamming the brakes on the planned expansion of their high-profile School of One program -- even though the move puts a $5 million federal grant in jeopardy” because of doubts whether they had the funding or the capability to expand it .
Well now we know that the experiment will continue.  Rose’s new company is called “New Classrooms” and he will run it along with Chris Rush, who worked alongside him at DOE at the School of One.  When the Panel for Educational Policy approved the contract with New Classrooms on Jan. 18, Rose’s company won an exclusive three year right to run his program at DOE and expand it to 50 schools across the city.
According to the document submitted to the PEP, DOE claims that this contract will benefit the city, as Rose’s company will not be paid, though they acknowledge that he will be granted a “license to the DOE’s existing software and related intellectual property for the School of One,” which was presumably generated while he worked at Tweed. In addition, as the system is further refined to include a “recommended technology platform, suggested learning content, and algorithms for personalizing the learning system,” the company will be granted a new “license,” while DOE will be able to use it in NYC schools for free; thanks guys!

“Early results give some reason to believe the School of One improved outcomes for students in its pilot year, but no rigorous study has been conducted yet. Rose and his partners are working out problems with the computer program as they arise and are trying to work with vendors to develop new technologies that will better integrate instruction. The program is poised to scale up to multiple sites, but Rose is wary of scaling too quickly and without strong partner schools."


The report also featured a number of strong warnings about the speed in which DOE is spreading online learning, without first carefully evaluating whether it was working and without adequate buy-in from parents:

“The district [DOE] is also contemplating how parents will respond to these innovation initiatives and is working on outreach and communications plans. At some point, the district may get pushback from parents about the idea of having their children participate in unproven programs and may need to consider catch-up academic plans if certain programs are not effective. …

NYC school district leaders are taking risks …implementing new models, committing deeply to a defined set of principles that challenge core assumptions about what a school should look like, and moving to scale very quickly. How and when they will know if they got the big bet right is a question district leaders will have to ask so that students are not subjected for too long to programs and schools that don’t work. “

Given the lack of accountability on the part of DOE and their failure to establish pilots or evaluate any of their policies before subjecting large-scale experiments on our children, I don’t think this is a real concern of theirs. In fact, as the Bloomberg administration comes to a close, they seem increasingly willing to risk our children’s lives and education, as evidenced by their rush to close more than 60 schools and impose an untested teacher evaluation system on our schools during the next few months.  The authors of the Izone report explain their attitude results from the urgency they feel to significantly improve our schools before Bloomberg’s reign is over:

The iZone was born out of frustration among NYC Department of Education (DOE) reformers who, after eight years of reforms known as “Children First,” were only able to accomplish what they view as significant but incremental improvement. …The district believes …. that the trajectory of progress must increase significantly in the next phase of reform...”

Keep your kids out of the Schools for None.

I have HS students who were in the Schools for None middle schools and they learned nothing. They have no skills, they do not know how to behave in a real classroom and they think they should pass for knowing nothing.

School of One is a TERRIBLE idea. I had this program in my school last year and it was a MESS. They put over 100 hyper and needy 6th graders in a large room and expected them to self regulate their learning. The result was chaos. Our school math scores plummeted so much that now my school is slated for closure by the Bloomberg adminisration. All of the teachers hated School of One. It chased a lot of good teachers out because they felt helpless. Math was a free-for-all.

My daughter is a 6th grader at IS 228 and part of the School of One Program. She always had issues in math in her elementary. This is the first year she's able to be comfortable with Math. She has not missed a day of school this year so far. She's even agble to tutor her brother who's in the 5th grade. She loves School of One!!

I'm a current School of One teacher and part of this program for the past two years. This program is a great example of teaching in a smart way. We focus of the fun part, which is focused individualized instruction. We now have students who are focused and engaged who love coming to math. This a dream program that has made a big difference for many of my students.

My son is an IEP student who was moved from a self-contained class and placed into the School of One program with all general education students. He has made much progress over the past five weeks and his self confidence has grown so much. He receives a daily assessment and grade. He shows me his daily instruction and results on line when we are at home. He's a totally different student thanks to School of One.

1. While I'm generally supportive of experiments like School of One, I am a bit skeptical of the last 3 supportive comments. Feels like astroturf. Three comments, a few minutes apart, same cadence, same message?

2. That said, while I think it's fair for the author to describe her in-person visit, I'd have to wonder...isn't that disengagement ALSO typical of many traditional classes?

I am so impressed with the research that went into this article. It exposes outrage after outrage. Why is the NYT not doing this sort of reporting? The United States is about to have the Common Core adopted throughout the country without any due process---and entirely because it suits for profit corporations to set up the Common Core in order to profit from it to the tune of billions of taxpayers' dollars.

to the anonymous commenter who left three comments in support of school of one: you should at least space out your comments throughout the day so it's less obvious you are just one person with a stake in School of One.